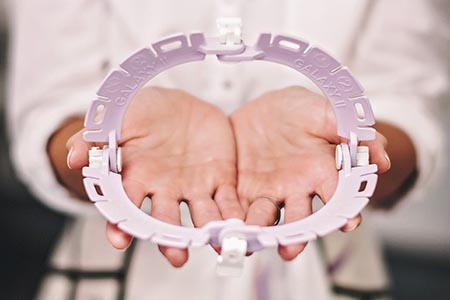 Angela Spang provides an insight into the development of a simple solution to the challenges associated with surgical retraction – reducing the risk of tissue trauma and pain, as well as improving ease of use and theatre efficiency

Surgical retractors aid surgeons and operating teams by holding back underlying tissues and organs using hooks and stays to give doctors better visibility and access to the exposed area. Handheld retractors need to be held manually in place, often by nurses and other theatre staff, and this often requires two people, with assistants regularly having to swap hands to prevent fatigue and cramps. This makes handheld retractors fairly unstable because individuals need to move their hands over time as they tire, which leads to surgeons having to readjust the retractor numerous times during an operation, not only increasing procedure time, but also diverting the surgeon’s focus

Another type of retractor is self-retaining, using a screw, ratchet or clamp to hold the tissue by itself, freeing the hands of the surgeon and other staff. The first selfretraining vaginal retractor was originally invented in the 1970s, and the design has barely changed over the years. Traditionally, retractors are available in ‘snowman’ or square shapes. The ‘snowman’ consists of one small and one large incomplete circular ring – resembling the outline of a snowman – joined together by screws on either side to alter the inclination of the rings; the square version has four movable parts, all joined by screws.

In general, snowman retractors are most commonly used in gynaecology and urology, while the square model is favoured for colorectal, orthopaedic and ENT surgery. Although these models are effective at holding tissue, they are not without their problems. For example, it is quite challenging for surgeons to adjust the position of the rings using a screw mechanism – particularly while holding surgical tools – without the screws coming loose, or even falling out. This may not be a problem if there are enough surgical assistants present to help, but can be very frustrating for surgeons operating with fewer pairs of hands. Another disadvantage is that the hooks supplied with these retractors can cause trauma to the tissue surrounding the surgical site, to the extent that the resulting tears can end up needing stitches and causing significant discomfort to the patient postoperatively