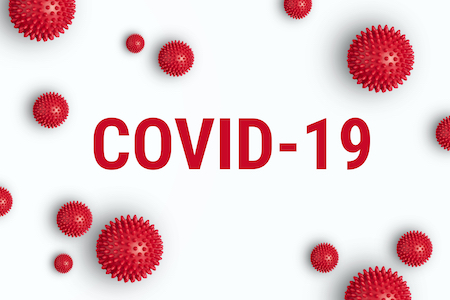 A major programme of community coronavirus testing that is tracking levels of infection in England has published its first report.

Tests on more than 120,000 people carried out between 1 May and 1 June, prior to the easing of lockdown, reveal that infection rates were significantly falling, dropping by half every 8 to 9 days.

Led by Imperial College London, the research found that during this period, on average around 1 in 1,000 people tested positive for the virus that causes COVID-19. Rates were found to be highest in care home workers, with 7 positive cases in 1,000. The researchers were also able to estimate the reproduction number (R) – the number of people that an infected individual will pass the virus onto – as 0.57, which is lower than previously reported.

The REal-time Assessment of Community Transmission (REACT 1) programme provides an insight into infection rates broken down by geography, age, sex, ethnicity, key worker status and symptoms. The study found care home staff and healthcare workers were more likely to be infected with the coronavirus during lockdown than the general population, at a time when the public was advised to stay at home and avoid all non-essential travel, therefore limiting opportunities for exposure. The odds of testing positive were almost eight times higher for care workers, five times higher for healthcare workers, and almost twice as high for other key workers.

Those of Asian ethnicity were more likely to test positive than those of white ethnicity. The researchers therefore suggest that higher infection rates could have contributed towards the higher death rates observed in this ethnic group. Anyone who had recent contact with a confirmed COVID-19 case was 24 times more likely to test positive than those with no such contacts, whereas the odds were 5 times greater in those who had been in contact with a suspected case.

Highest rates of infection were found in young adults, aged 18 to 24, while the lowest were observed in those aged 64 and above. There were no significant differences seen between males and females, different ethnic groups, regions and no evidence of geographic clustering was observed.