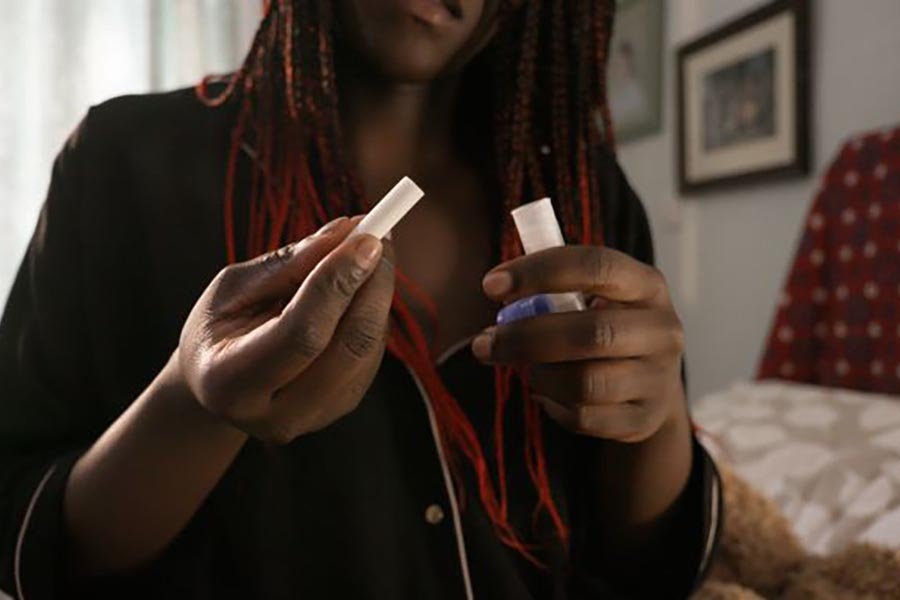 ​Researchers from Sheffield Teaching Hospitals have found that an at-home test which uses saliva rather than blood provides a faster and more convenient way to diagnose adrenal insufficiency.

The test, which was developed by scientists at the University of Sheffield, works by detecting ‘waking’ cortisol, a naturally occurring steroid which peaks in the morning, in saliva rather than the blood. This avoids the need for patients to have a lengthy screening procedure in the hospital where bloods are taken and measured once and then 30 minutes later.

During the three-year study, which was funded through a prestigious National Institute for Health and Care Research grant, 200 patients attending Sheffield Teaching Hospitals’ endocrine unit, either as an outpatient or as a patient being treated by another specialty department, who were identified as being at risk of adrenal insufficiency were given an at-home test kit to provide saliva samples in the morning at their home.

All patients recruited into the study were simultaneously tested for their cortisol – the body’s main stress hormone – using the standard hospital-based screening procedure.

The study findings, published in the New England Journal of Medicine Evidence, showed that the test provided an accurate and rapid way to diagnose adrenal insufficiency. In addition, patients reported that they found the tests less painful and taking the test at home helped to reduce their anxiety, with this having the added benefit of improving their overall health and reducing the time they had to take off work. The rapid diagnosis also meant that patients were able to be treated imminently and avert an adrenal crisis, which can be a medical emergency.

Data gathered from the study also highlighted that the new test was able to make an accurate diagnosis in 70% of patients at risk of adrenal insufficiency, saving time and money for both the patient and the NHS, with researchers estimating that if the at-home test was delivered across the wider NHS the number of standard hospital-based diagnostic investigations could be reduced by more than a third, from 92,000 annual patient visits a year to just 23,000.

Adrenal insufficiency is a common disorder of the adrenal glands and occurs when the body is no longer able to make cortisol. One of the most common causes of the condition is anti-inflammatory steroid treatment which is widely prescribed for conditions such as asthma, arthritis and inflammatory bowel disease.

Dr. Miguel Debono, Consultant Endocrinologist at Sheffield Teaching Hospitals NHS Foundation Trust and Honorary Senior Lecturer at the University of Sheffield’s Department of Oncology and Metabolism, said: “Up to three per cent of the population take oral steroids to control anti-inflammatory conditions such as asthma, arthritis and inflammatory bowel disease, and half of these patients suffer with adrenal insufficiency.  We are delighted to be presenting the findings of this important study as this shows that testing for waking cortisol through a simple at home test provides a more rapid and convenient way to screen for the condition, which is just as accurate as a blood test, and enables patients to get an early diagnosis which can be key in preventing an adrenal crisis.”

Professor Marian Knight, Programme Director for NIHR's Research for Patient Benefit Programme, added: “This is a great example of NIHR-funded research that will bring immediate benefits to patients - giving them the option to do a simple saliva test at home instead of going to hospital for a blood test, to help spot people at risk of adrenal insufficiency.”

The research team now hope to seek further funding to make the test available to the wider NHS.

The full research paper can be read in full at the New England Journal of Medicine Evidence website. The test was developed by Dr Miguel Debono in partnership with Professor Richard Ross, Professor of Endocrinology at the University of Sheffield.