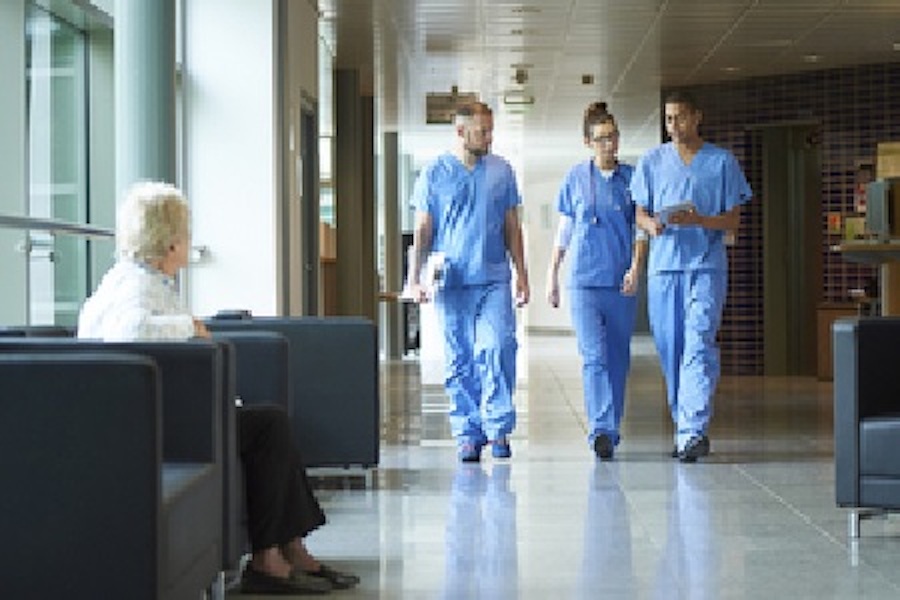 Junior doctors are cutting back on buying food and heating their homes, as they regularly borrow money from family and friends to help make ends meet.

In a survey of more than 4,500 junior doctors, conducted by the BMA, junior doctors also reveal they are struggling to repay balances on credit cards and are often overdrawn on bank accounts. Nearly half (45.3%) said they have struggled to afford their rent or mortgage and half (50.8%) have had difficulty paying to heat and light their homes in the past year.

In the past twelve months, as the cost of living has skyrocketed, there are clear indications that many junior doctors are finding it very hard to afford to pay even the most essential of bills. Three in ten (29.8%) junior doctors have used their overdraft for consecutive months to pay bills and a similar number (27.7%) say they have not repaid their credit card borrowing for consecutive months. Around half of junior doctors (49.5%) have needed to borrow money from family or friends in the last twelve months as their wages have failed to rise with inflation.

The Association’s survey of junior doctors in England reveals the financial hardship that many are facing whilst often working extra shifts on top of their contracted hours to make ends meet. Seven in ten (71.4%) junior doctors surveyed said they have undertaken extra shifts on top of their standard contracts over the past year. This adds to the BMA’s concerns that junior doctors are increasingly exhausted and burnt out, which holds serious risks for patient safety as well as doctors’ health. In a BMA survey carried out earlier this year, 62% of junior doctors said they were suffering from a mental health condition related to or made worse by their work or study.

The BMA says that junior doctors have endured more than a decade of real terms pay cuts, with their pay having fallen 26.1% between 2008/09 and 2021/22, one of the steepest falls in pay for any workforce across the public and private sectors. The BMA adds that this year’s pay announcement has caused morale to fall steeply, with the Government giving junior doctors "another real terms pay cut", ignoring the impact of rocketing inflation and their significant contributions during the pandemic.

While the NHS in England is already short of more than 9,000 doctors in secondary care alone, the BMA is concerned that poor pay and working conditions will lead to more doctors leaving the NHS for better paid roles at home and abroad. This would be a catastrophe, the Association believes, for patients who rely on their doctors’ expert care and for the staff who remain in the health service but face even more demands upon them.

Dr Robert Laurenson and Dr Vivek Trivedi, BMA junior doctors committee co-chairs, said: “Constantly worrying about how to pay our bills is leading many junior doctors to question their future in the NHS. While pay has fallen off a cliff since 2008, mandatory costs, including exam, Royal College and license to practise fees, indemnity cover and even hospital car parking, have increased. Junior doctors put their lives on the line to care for patients during the pandemic but this contribution has been ignored and morale is plummeting fast as many face hardship at home and a raw deal at work. This Government needs to stop pretending that the pressures we’re seeing this winter isn’t a crisis of their making, stop ignoring our calls to meet with ministers and sit down and offer some reasonable practical solutions while there are still juniors doctors left in the NHS.”

Dr Becky Bates, a junior doctor in the East Midlands, who’s base rate of pay is £14.09 an hour, said: “This is my first year working in the NHS as a qualified doctor and I could never have anticipated spending it so skint. I love my job and am proud to be a doctor but the state of my finances is a constant stressor.

“Each month, on top of the student loan repayments taken from my salary, I repay £400 of private debt I had to take on to cover my fees through medical school, debt I took on the basis of what my salary would have been five years ago.

“I graduated from medical school with two overdrafts and three credit cards and I just don’t see how I will be able to climb out of this hole any time soon, never mind begin to consider taking on the additional cost of the exams needed to continue my career as a doctor. I had to take on an additional shift just to be able to afford to fix the headlights on my car.

“When I couldn’t afford to eat in August, I had to borrow a credit card from a family member because I wasn’t eligible for a salary advance despite starting in July. I am planning to look into workplace support available but I will only become eligible once I have been working six months in the NHS. I can’t take on salary sacrifice because my training means I move to a new Trust in August 2023.

“I’ve started using my annual leave to work additional shifts in the NHS. I know I’m not alone in this. This simply isn’t sustainable especially when on busier rotas. We deserve rest too.”