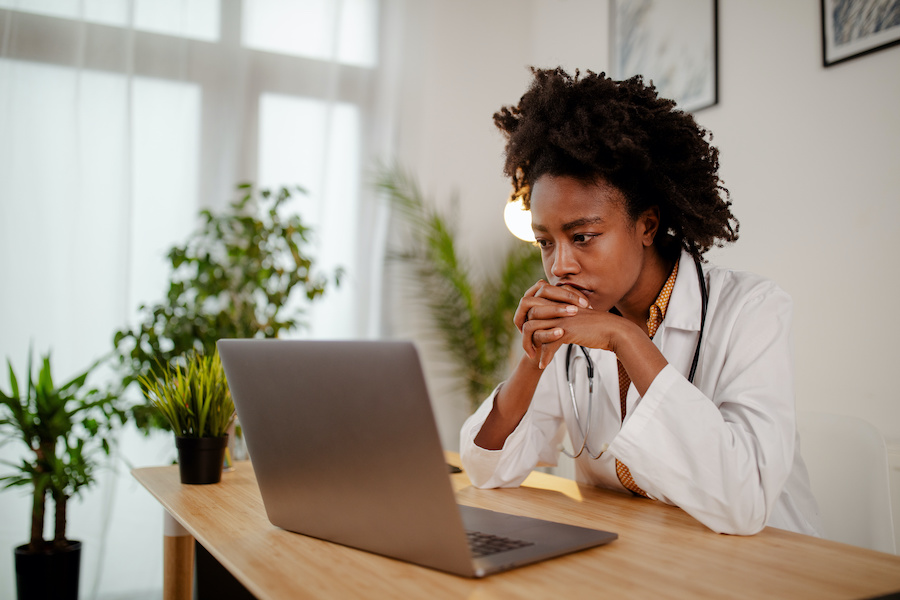 A landmark BMA report into racism in medicine has revealed a profession in danger of a major exodus of doctors of ethnic minority backgrounds, due to persistent and intolerable levels of racism faced at a personal and institutional level.

Nearly one third of doctors surveyed have considered leaving the NHS or have already left within the past two years due to race discrimination, with 42% of Black and 41% Asian doctors in particular having considered leaving or having left.

The survey, one of the most comprehensive of its kind on the experience of racism in the medical profession and workplace, paints a picture of institutional barriers to career progression, dangerously low levels of reporting of racist incidents, and a building mental health burden on ethnic minority doctors.

The report identifies systemic failure which will need every health organisation to work together bring an end to structural racism and rectify the disproportionate outcomes in careers and job satisfaction faced by different ethnic groups.

Dr. Chaand Nagpaul, BMA chair of council, said: “The NHS was built on the principle of equality of care for patients whoever they are, but this report shows that the NHS is shamefully failing in this principle for its own doctors, with those from ethnic minorities reporting alarming levels of unfair treatment and racial inequality at work.

“It is deeply concerning that so many of those surveyed did not report racism, either out of fear of recrimination, being labelled a troublemaker or a lack of confidence it would be properly investigated. This means that doctors are suffering in silence, and the true extent of racism is neither exposed nor addressed.

“Our report depicts the scale of their suffering: being overlooked for promotion, forced to change their chosen specialty, feelings of isolation and exclusion. With 60% Asian and 57% Black respondents seeing racism as a barrier to career progression, patients are failing to benefit from the full skills and talent of an ethnically diverse workforce. What all this this adds up to is a tragic waste of potential as doctors of ethnic minority are held back, dragged down or simply walk away from the profession.

“Experiencing racism is extremely distressing, with nearly two thirds of doctors we surveyed saying their mental wellbeing had deteriorated as a result, with many suffering depression, low self-esteem and anxiety. There is evidence that incivility can affect the cognitive functioning of doctors, and consequently this is having an adverse impact on patient care.

“Racism is wrecking the lives of many doctors, affecting patient care and threatening services. The time for talk on this is over. Our report makes a range of clear recommendation for change which demand action across the health system, from Government to NHS organisations, leaders and other institutions.”

Key findings of the survey included:

The five themes under which the report’s recommendations come are: