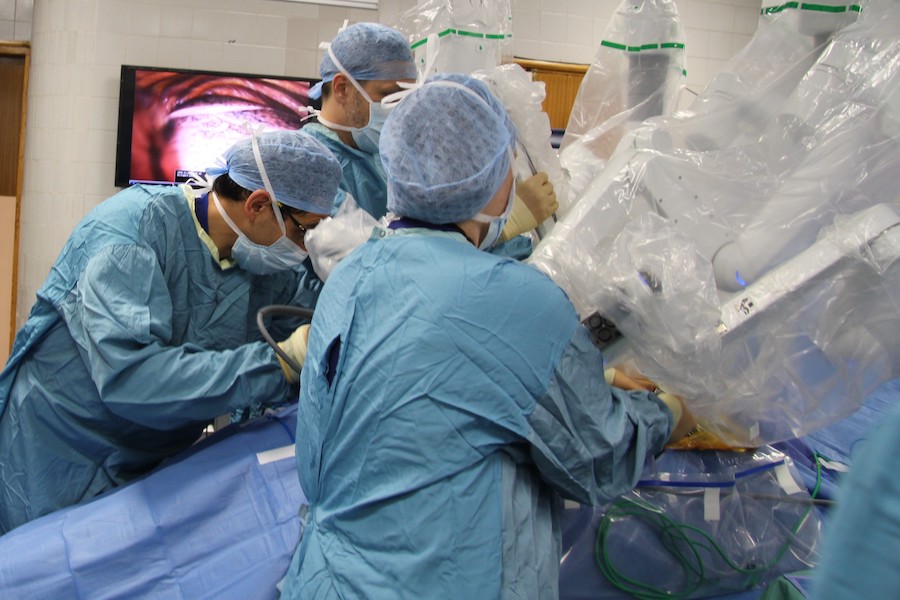 The technology can be used for consultations allowing clinicians to remotely ‘scrub-in’ to the operating room, and for educational purposes whereby every Proximie assisted procedure can be recorded, analysed and leveraged for future use.

The procedure will be led by clinicians from Guy’s and St Thomas’ NHS Foundation Trust, who have announced it will be showcasing their new Centre of Excellence on the ABHI UK Pavilion at Arab Health, taking place from 24 – 27 January 2022.

As the largest volume centre in Europe for thoracic robotic surgery, Guy’s and St Thomas’ have a package of education and training to help train individuals from the Middle East who want exposure both virtually and face to face in Robotics, as well as entire teams of surgeons, anaesthetists and scrub nurses.

The procedures will be shown with full commentary from surgeons located at Guy’s Theatres in London as well as a live discussion from the ABHI operating theatre at Arab Health, located in Hall 2.

During a robotic procedure, surgeons control the robot’s four arms from a console in the same room as they look down a small camera on the end of one arm to see inside the patient. The machine gives them a 3D HD view while they operate, eliminates tremor, and provides an increased range of movement, which leads to more accuracy and quicker stitching.

“Due to the extra precision the robots give us, we are able to carry out more complex procedures and patients should experience less pain, are able to go home sooner and make a faster recovery. Robotic lung surgery is mainly used to remove cancerous or benign tumours.​

“At Guy’s and St Thomas’ we have one of the UK’s largest minimally-invasive lung cancer surgery teams which will be extended further by performing robotic surgery.”

Guy’s and St Thomas’ NHS Foundation Trust already carries out the most robotic operations in the UK with around 1,100 cases a year. The Trust has recently taken the delivery of a new surgical robot to help speed up cancer operations delayed by the pandemic. The new addition brings the total number of robots to six at the Trust and will increase the number of robotic operations to more than 1,400 a year, making it the largest robotic programme in the UK.

Paul Benton, managing director, International at the ABHI added: “We are excited to have Guy’s and St Thomas’ joining the ABHI UK Pavilion at Arab Health to launch their new robotics offering to the Middle East. They have an amazing reputation as one of the UK’s best-known hospital Trusts, (Guy’s and St Thomas’ is more than one hospital) with a fantastic track-record of innovation, and we look forward to their robotic surgery demonstration which will give audiences the chance to watch some of the UK’s best surgeons in action.”

Arab Health 2022 is taking place from 24 – 27 January 2022 at the Dubai World Trade Centre. The procedure will be broadcast live on the ABHI UK operating theatre stand H2.E30 (Hall 2) on Wednesday 26th January 2022 (3pm United Arab Emirates Time). It can be viewed live by registering here.