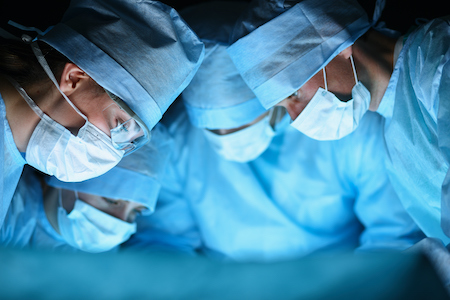 Leading surgeons are calling for hospital beds to be ring-fenced for planned operations, to avoid a ‘tsunami of cancellations’ during the second wave of COVID-19.

The demand comes as the Royal College of Surgeons of England publish new data showing that the NHS has been unable to meet its target of returning surgery to 80% capacity by the end of September. The service set an objective in July to return to 90% capacity by the end of October, but RCS England’s findings show efforts to meet the target falling behind. In a survey of nearly 1,000 surgeons, the College found that:

Planned surgery for everything from knee operations to replacement heart valves was put on hold in March, to free up NHS capacity for COVID patients. The NHS asked hospitals to start surgery again beginning in mid-June but professionals cite multiple barriers, including a lack of access to fast-testing for patients, a lack of staff, and a lack of critical care beds.

For the first time, more than two million people in England have been waiting longer than 18 weeks, with 83,000 waiting more than a year.

In a new report, Protecting surgery through a second wave, RCS England calls for guaranteed access to fast COVID tests for surgical staff, to keep the virus off surgical wards.  In addition they say more ring-fenced “COVID-light” beds are needed, with more nursing staff assigned to surgery, and greater use of the independent sector to expand capacity. 43% of the surgeons surveyed said there was spare capacity in the independent sector which could be used to treat NHS patients more quickly, if appropriate contracts were put in place.

Commenting, Professor Neil Mortensen, President of the Royal College of Surgeons of England said: “Patients waiting for operations cannot be left behind indefinitely by the COVID crisis. Many are in serious pain, with their conditions deteriorating while they are on the list…In addition to protecting surgical wards in the NHS, we need to see more capacity bought in from the independent sector, to help get through the backlog. This is a national crisis requiring a truly national effort across all hospitals – private and NHS alike.”

STERIS is a global leader in the design, manufacture, sale and support of Infection Prevention products and technologies. Our mission is to help our customers create a healthier and safer world by providing innovative healthcare and life science product and service solutions around the globe.
STERIS offers this essential patient...