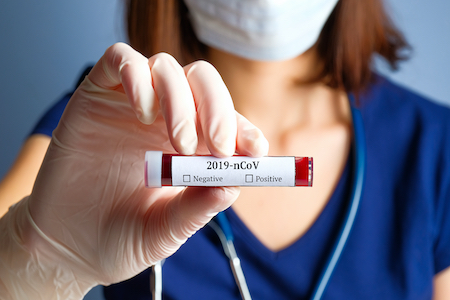 A survey of members of the Royal College of Physicians (RCP) has found that almost two thirds (60%) of doctors worry that patients in their care have suffered harm or complications following diagnosis or treatment delays during the pandemic.

In addition, almost all doctors (94%) are concerned about the general indirect impact of COVID-19 on their patients. This is also compounded by the difficulty doctors are finding in accessing diagnostic testing for their patients. Only 29% of doctors report experiencing no delays in accessing endoscopy testing (one of the main diagnostic tests used by doctors) for inpatients, decreasing to just 8% for outpatients.

Only 5% of doctors feel that their organisations are fully prepared for a potential second wave of COVID-19 infection, and almost two thirds (64%) say they haven’t been involved in any discussions about preparations for a second wave of the virus.

While the government’s promise to roll out flu vaccines to millions more people is welcome, the RCP recently set several more priorities to help prepare the health service for future waves of COVID-19, including the need to ensure the NHS estate is fully able to cope.

Only 5% say they wanted an antibody test for COVID-19 but were unable to access one. Of those tested, a quarter (25%) were positive, with little or no difference when it came to gender, between white and BAME doctors, trainees and consultants or between London and the rest of England.

Professor Andrew Goddard, president of the Royal College of Physicians, said: “Delays to treatment are so often a major issue for the NHS but as a result of the COVID-19 pandemic, it’s fair to say we’ve reached crisis point. Doctors are, understandably, gravely concerned that their patients’ health will have deteriorated to the point where they will need much more extensive treatment than previously, at a time when NHS resources are already incredibly depleted.

“We also cannot underestimate the need to prepare for a second wave of COVID-19 infection, which threatens to compound the situation. Without careful and rigorous preparation, a second wave coupled with the winter flu season, could overwhelm the NHS.”