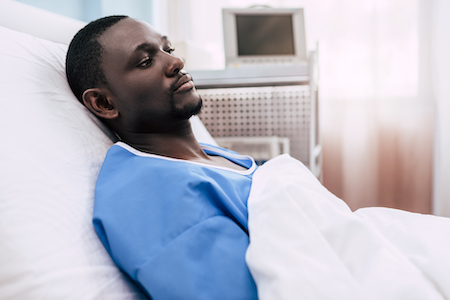 Public Health England has published a report on ‘Disparities in the risk and outcomes of COVID-19’, which shows that healthcare inequalities continue to exist, leading to increased mortality among certain sections of the community.

The largest disparity found was by age. Among people already diagnosed with COVID- 19, people who were 80 or older were seventy times more likely to die than those under 40. Risk of dying among those diagnosed with COVID-19 was also higher in males than females; higher in those living in the more deprived areas than those living in the least deprived; and higher in those in Black, Asian and Minority Ethnic (BAME) groups than in White ethnic groups.

These inequalities largely replicate existing inequalities in mortality rates in previous years, except for BAME groups, as mortality was previously higher in White ethnic groups. These analyses take into account age, sex, deprivation, region and ethnicity, but they do not take into account the existence of comorbidities, which are strongly associated with the risk of death from COVID-19 and are likely to explain some of the differences.

When compared to previous years, PHE also found a particularly high increase in all cause deaths among those born outside the UK and Ireland; those in a range of caring occupations including social care and nursing auxiliaries and assistants; those who drive passengers in road vehicles for a living including taxi and minicab drivers and chauffeurs; those working as security guards and related occupations; and those in care homes.

These analyses do not take into account the existence of comorbidities, which are strongly associated with the risk of death from COVID-19 and could explain some of these differences.

Commenting on the report Dr Jennifer Dixon, chief executive at the Health Foundation, said: “The report confirms what we already knew – the burden of this pandemic is not being shouldered equally. Some groups are at much greater risk than others and those who have been at the sharp end of widening inequalities over the last decade, are being hit the hardest...While the reasons for this are complex, there is already enough evidence to justify urgent action to protect these communities from this pandemic and avoid further unnecessary loss of life.

“Beyond the immediate response to COVID-19, action is needed to ensure that existing health inequalities do not become further entrenched in the aftermath of the pandemic. This report does not address many of the underlying factors causing inequalities in health across different population groups. A further review must consider these wider factors, including educational and economic disadvantage and racial discrimination.

“The role of Government to support the most vulnerable in society has clearly been shown up during this pandemic. To ensure that those who already face most disadvantage do not continue paying the highest price, the Government needs to seize this moment to implement a national health inequalities strategy.”