Disinfectants and the ‘entourage effect’ 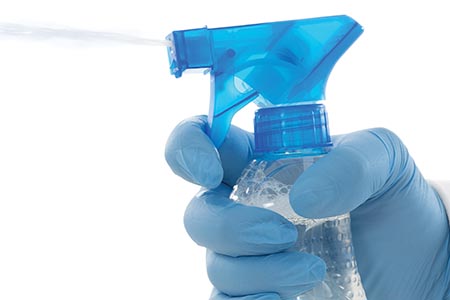 In the wake of COVID-19, the role of surface and skin disinfectants are under close scrutiny. Dr. Andrew Kemp considers the resistance challenge and discusses the efficacy of 5th generation SiQuat compounds, compared to other chemistries.

The activity of disinfectants against microorganisms depends on a number of factors, some of which are intrinsic qualities of the organism, others of which are the chemical and external physical environment.

The “Entourage effect” described by Ethan B Russo in January 20191 is based on the idea of the holism theory, which is credited to Aristotle, who said “the whole is greater than the sum of the parts”.