New study confirms success of MenB vaccine in the UK 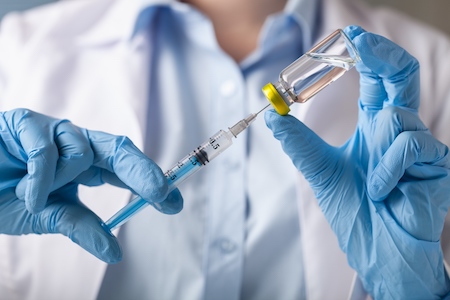 A new study by Public Health England (PHE) shows that infant vaccination against group B meningococcal disease (MenB) has resulted in a significant decline in cases of the disease in young children since the programme was introduced. The research was published in the New England Journal of Medicine.

In September 2015, the UK became the first country to offer a new vaccine (Bexsero) against MenB to babies at 8 and 16 weeks of age, followed by a booster around their first birthday. Infants in the first year of life have the highest incidence of MenB disease so vaccinating at these times helps protect them when they are most at risk.

MenB is one of the leading infectious killers in young children. The disease causes meningitis and septicaemia (blood poisoning) especially in young children and, while most recover with swift medical treatment, sadly around 1 out of 20 will die of the infection. The disease can be life-changing for survivors who experience long-term complications such as brain injury, epilepsy, hearing loss, and amputation of limbs.

PHE’s study shows that by the third year of the programme, cases of MenBdisease were 62% lower in children who were eligible for at least 2 doses of the vaccine. Between 2015 and 2018, an estimated 277 out of an expected 446 cases were prevented because of the programme.

Dr Shamez Ladhani, Consultant Epidemiologist at Public Health England, said: "England has one of the most comprehensive immunisation programmes in the world. The implementation of the MenB vaccine in 2015 is a great success, it is already saving lives and means fewer parents and young children will experience this devastating illness.

"It is vital that children receive all available vaccines on time to provide the best protection at the age when they are at highest risk. PHE is working closely with NHS England to make it as easy as possible for parents to access vaccines so that they can offer their children the best possible start in life."

In England, MenB vaccinations are well-accepted by parents. Uptake has remained consistently high along with the other routine infant immunisations. In 2019 around 92% of infants completed their primary MenB vaccination by their first birthday and almost 88% received their booster dose by 2 years old. So far, almost 5 million doses of the MenB vaccine have been safely given to children in the UK.

The MenB vaccine does not protect against all causes of meningitis and septicaemia, so parents need to remain vigilant of the signs and symptoms and seek medical advice if they are concerned.

iM Med was founded on decades of expertise, knowledge and hands-on experience in the specialities of decontamination and infection control. With a long-established reputation as a trusted partner, we truly understand the problems healthcare organisations face when making decisions on the procurement of patient safety solutions. We believe all...