Roll-out of new cervical screening test will save more lives 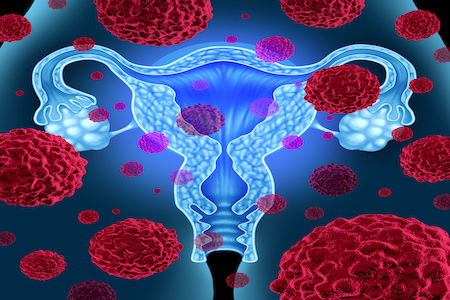 Hundreds of lives could be saved each year in England, following the introduction of a more sensitive cervical screening test.

NHS experts said that there is “potential” to eliminate cervical cancer completely thanks to the change in primary test within the NHS Cervical Cancer Screening Programme, combined with the effectiveness of the HPV vaccine.

The new and more sensitive test now looks for traces of high risk Human Papillomavirus (HPV), which causes nearly all cases of cervical cancer. Any tests that are HPV positive are then checked for abnormal changes of the cervix.

HPV is a group of viruses with more than 100 types, but 14 types can cause cervical cancer as well as some head and neck cancers. It means that any sign of infection will be spotted at an earlier stage before it could potentially develop into cancer.

Since the beginning of December, every part of the country has had the new way of screening in place. There are 2,500 new cases of cervical cancer in England every year but research says that a quarter of those could be prevented with this new way of testing.

The introduction is part of the NHS Long Term Plan’s ambitions to catch tens of thousands more cancers earlier, when it is easier to treat and the chance of survival is higher.

Professor Peter Johnson, national clinical director for cancer said: “Screening is one of the most effective ways of protecting against cervical cancer and there is no doubt this new way of testing will save lives. It is vitally important that all eligible people attend for their screening appointments, to keep themselves safe.

“Combined with the success of the HPV vaccine for both boys and girls, we hope that cervical cancer can be eliminated altogether by the NHS in England. The chances of surviving cancer are at a record high, but there is always more we can do, as we continue to deliver our Long Term Plan.”

Professor Johnson added that cervical cancer often causes no symptoms during the early stages of the disease, which is why it is “especially important that people attend their tests and that those who are eligible get vaccinated against HPV.” Founded in 1983, as Clinipak Ltd, we have been a provider of products to support CSSD within hospitals, primarily sterilisation wrap and packaging. In 2019, we renamed and rebranded to Key Surgical Ltd and now operate as such in the UK, providing a much wider and more comprehensive offering of products and solutions.