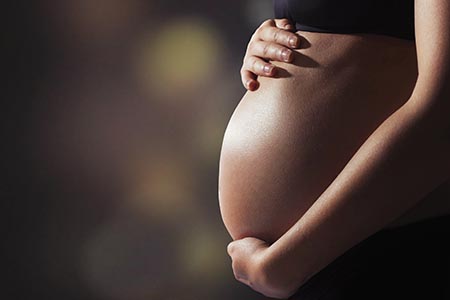 All too often, retained swabs are leaving women at risk of infection after childbirth and more action is required to tackle the occurrence of this 'never event'. The safety risk has been highlighted by a new report by the Healthcare Safety Investigation Branch (HSIB).

Vaginal swabs and surgical tampons are used to absorb bodily fluids in a number of procedures both in delivery suites and surgical theatres on maternity wards. They are intended to be removed once a procedure is complete. Retained vaginal swabs are classed as a ‘never event’. Data compiled by NHS England/Improvement shows that accidental retention of a vaginal swabs is the most common in the ‘retained foreign objects’ category.

The report sets out the case of Christine, a 30-year-old woman who had a surgical tampon inserted after the birth of her first child. It was left in and not discovered until five days after leaving hospital. While being in immense pain throughout, Christine saw the community midwife and GP twice before going back to hospital where the swab was found.

The national investigation carried out by HSIB focused on detection and design. It found that while current methods like ‘count practices’ (using whiteboards to count and track the whereabouts of equipment in theatres) have had some success, they aren’t a robust barrier in reducing risk. This is because they rely so heavily on staff carrying out a number of procedures and processes correctly. In the Trust that Christine’s case took place in, the investigation identified 17 different tasks in relation to the swab/tampon count. The risk that something is missed is further exacerbated by other factors including staff fatigue and rushed/incomplete handovers on shift changes.

The lack of visibility of swabs and tampons also contributes to the likelihood that they will be accidentally left in. An in-depth study carried out by NHS England/Improvement found that the absorbent material used in swabs, including the tail, turned red when in contact with bleeding and could look like human tissue, making them difficult to detect. NHS England/ Improvement is exploring potential solutions including a redesign to swabs and tampons and will publish its full evaluation in due course.

Sandy Lewis, HSIB’s Maternity Investigation Programme Director said: “Although measures have been put in place to reduce the chance of swabs and tampons being left in, it continues to happen, leaving women in pain and distress when they may have already gone through a traumatic labour. There are numerous physical effects; pain, bleeding and possible infection, but we can’t forget about the psychological impact as there was in Christine’s case – she had to seek private counselling and felt that what happened affected her ability to bond with her baby.

“Retained vaginal swabs and tampons are a well-recognised issue and our investigation helps to shine a light on the risks. Through our investigation and subsequent report, we’ve provided an independent view. This will support the extensive national work being carried out in this area and help to improve outcomes for women across the country.”