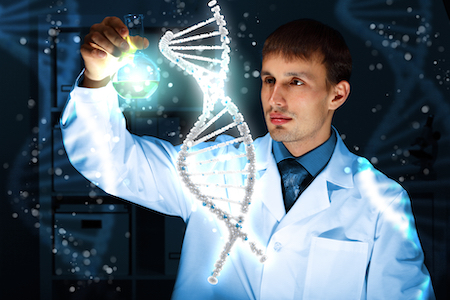 The NHS in England is providing a new form of DNA test capable of rapidly diagnosing rare diseases for critically ill babies and children, as part of its Long Term Plan to use world leading technologies to improve care for the sickest infants.

80 babies and children have received this new test, with almost half being given a diagnosis for their rare disease. The technique, known as ‘whole exome sequencing’, doubles the chance of a diagnosis and can reveal what is wrong with patients in days rather than weeks, reducing waits for worried families.

Just a year on from the NHS Long Term Plan committing to harness the power of DNA mapping, patients in England are among the first in the world to be routinely offered the tests. Up to 700 babies and children will benefit each year.

Simon Stevens, chief executive of NHS England said: “Once again the NHS is at the forefront of the genomic revolution with patients in England the first to be routinely offered this cutting edge treatment as part of the Long Term Plan. This quick and accurate new test means rapid diagnosis and reassurance for families when they need it most and give babies and children the best chance of a healthy and happy life.

“In the last year alone, scores of patients have received game-changing new treatments such as CAR-T therapy and targeted radiotherapy at the NHS’s new £125 million Proton Beam centre.

“Over the next decade the NHS will continue to expand the range of personalised, precision medicines, including rolling out genomic testing to all people with rare diseases and patients with cancer.”

Health and social care secretary Matt Hancock said: “I’m a passionate believer in the huge potential that technologies like genomics have to transform and improve people’s lives. The pain for families seeking a diagnosis for their sick children is unimaginable. These cutting edge DNA tests will much more rapidly diagnose rare diseases, helping to put an end to uncertainty and allowing children to receive the best possible treatment.

“This kind of genomic technology is game changing for the NHS, and will complement our existing commitment to offer whole genome sequencing to children with cancer and rare genetic disorders. It’s one step forward, and over the coming years we will expand the use of genomic testing right across the NHS. It’s all part of our NHS Long Term Plan, backed by our record financial commitment for the NHS of £33.9 billion extra a year within the next five years.”

Pioneered as an NHS test by scientists in Exeter, exome sequencing looks for and can identify a range of potentially life-threatening conditions all in one go, rather than standard tests which usually are limited to looking for specific conditions.

The tests, delivered from the South West Genomic Laboratory Hub, may more than double the chances of successful diagnosis and are faster than standard practice where multiple tests may be performed one at a time, giving parents of unwell children results in days rather than waiting months.

The testing can detect rare neurological, metabolic or other conditions by identifying genetic mutations and helps to show which patients are unlikely to respond to particular treatments – saving unnecessary medication and potential side effects.

Robinson Healthcare is a highly reputable UK based manufacturer of leading professional and personal healthcare products with over 175 years of manufacturing expertise. Our UK facility is based on a 2.5 hectare site with 170 employees and sales revenues of £25m per...