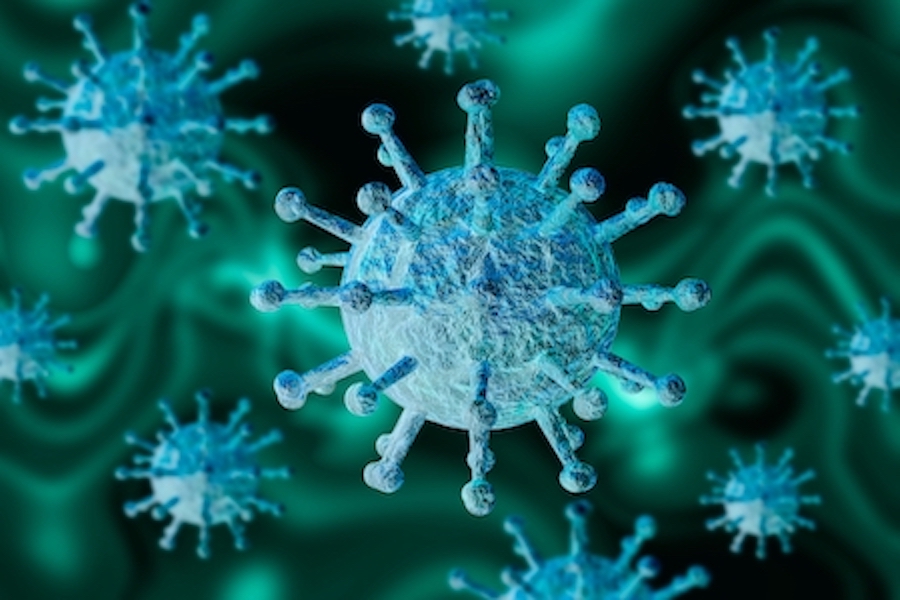 Molnupiravir (taken as an 800mg dose twice daily for five days) does not reduce hospital admissions or deaths in vaccinated adults with COVID-19 infection who are at higher risk of mortality, according to the results of a randomised controlled trial, published in The Lancet journal. However, the patients treated at home with molnupiravir recovered quicker compared to the control group.

Previous studies suggested that molnupiravir is effective at reducing hospital admissions in patients with mild to moderate COVID-19 and WHO recommends its use for patients with the highest risk of hospital admission. However, studies have so far been conducted in largely unvaccinated populations and prior to the emergence of the omicron variant. This new trial was carried out in a majority vaccinated population where most COVID-19 infections were the omicron variant and is therefore more applicable to the present situation in the UK.

Molnupiravir is one of the more expensive antivirals used to treat COVID-19, with a seven-day course costing around $700 in the US, equivalent to £577 (compared to around $530/£437 for a five-day course of Paxlovid). Molnuvirapir was sent directly to the trial participants and was able to be taken orally at home.

“Although this trial found no benefit from molnupiravir treatment on its primary outcome – which hypothesised that treatment with molnupiravir for vaccinated, at-risk patients would reduce the likelihood of hospitalisation or death – the trial suggests that this treatment could have other benefits when being used to treat COVID-19, such as a faster recovery time and reduced follow up with health services. This could help to ease the burden on UK health services through the treatment of selected patients at home, during times of high disease burden and pressure on key services.  We therefore hope this new evidence will be of use to policymakers when preparing strategies for managing COVID-19 infections over the winter,” said lead author, Professor Chris Butler, University of Oxford, UK.

The study included 25,708 participants over the age of 18 (average age 57 years) with a higher risk of death or hospitalisation from COVID-19 infection from health centres across the UK. Patients were considered at higher risk of hospitalisation or death if they were aged 50 years or older—or aged 18 years or older with relevant underlying health conditions. Patients had a confirmed omicron COVID-19 infection and were unwell for five days or less before beginning treatment. The results represent outcomes for patients treated between 8th December 2021 and 27th April 2022, during the peak of the omicron wave in the UK.

The main objective under investigation was whether molnupiravir reduced the risk of hospitalisation or death. Secondary objectives (planned outcome measures that are not as important as the primary outcome measure but are still of interest in evaluating the effect of an intervention) related to recovery time and symptoms. Patients reported results using an online daily diary during 28 days of follow-up.

Participants receiving molnupiravir reported more favourable outcomes for a variety of the secondary outcomes in this study. The median average length of illness in patients who took molnupiravir was nine days compared to 15 days in the control group. Using statistical modelling that accounted for the range of recovery times across both groups, the authors found that patients taking molnupiravir recovered an average of 4.2 days quicker compared to patients in the control group.

“As countries move forward with their strategies to manage successive waves of COVID-19 infections, the issue of antibiotic resistance must not be forgotten. While it’s critical to ensure that patients who are likely to benefit treatment with antiviral treatments, such as molnuvirapir, receive them; using antivirals to treat patients who are unlikely to benefits carries the risk of further driving antimicrobial resistance, wasting resources, and exposing people to unnecessary harm. Therefore, our study contributes to the valuable evidence base on who should not be treated with these precious, newly discovered agents, to empower clinicians to make decisions led by robust evidence when prescribing treatments for COVID-19 infections,” said study co-author, Professor Ly-Mee Yu, University of Oxford, UK.

The authors caution that the benefits of molnupiravir use need to be considered in the context of the burden on healthcare services and cost-effectiveness. Further health and economic analyses are ongoing, and participants are still being monitored to determine the effect of COVID-19 treatment with molnupiravir on longer-term symptoms. The authors also acknowledge that the trial's open-label design means they were unable to estimate the positive effect of molnupiravir on symptoms resulting from any placebo effect. However, this limitation is unlikely to affect the trial's the primary outcome measure of non-elective hospitalisation and/or death.

Writing in a linked Comment, Professor Michael Kidd, Australian Government Department of Health and Aged Care, Canberra, Australia, who was not involved in the study, said, “Butler and colleagues acknowledge that their findings might be “less applicable” in people with COVID-19 who are extremely clinically vulnerable. We would go a step  further and urge caution in seeking to apply the findings of this study to those at highest risk from COVID-19 complications…

"Although PANORAMIC was not powered for secondary outcomes, there are important policy implications in the study’s secondary endpoints. The trial showed that the addition of molnupiravir to usual care resulted in faster time to recovery and reduced viral detection and load (in a small virology substudy). The shortened and sustained symptom reduction, together with the effects on viral clearance, could be an important consideration in high-risk settings, such as care homes, in terms of potentially minimising the spread of infection among high-risk people. Molnupiravir might also provide benefits to health-care systems, especially during community surges, by potentially allowing health workers to return safely to work sooner.”