Potentially deadly infection has dangerous ally lurking in our guts 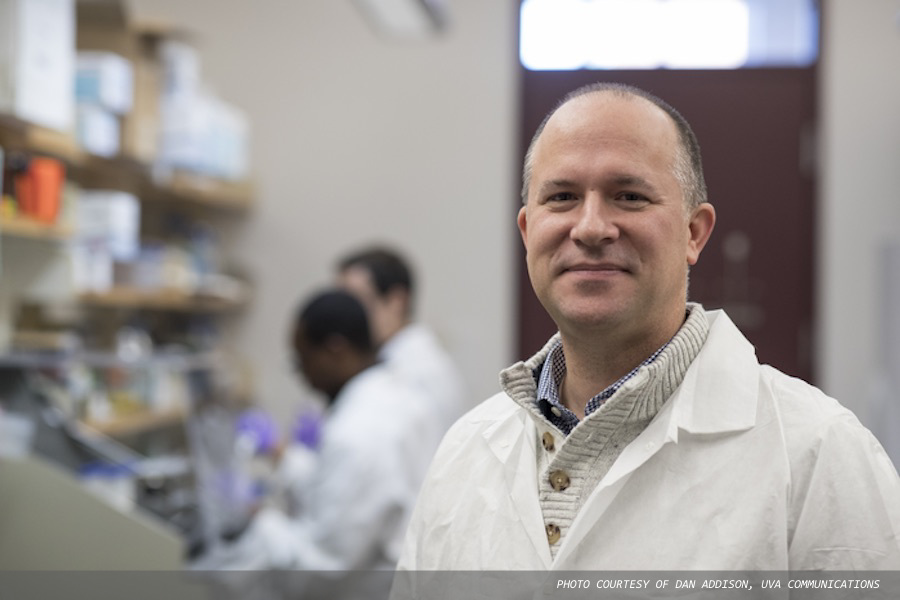 New research from the University of Virginia School of Medicine and collaborators reveals how microorganisms found in our guts can worsen dangerous C. difficile infections. The discovery could help doctors identify patients at risk for severe illness and open the door to new treatments.

C. difficile is a bacterium that can cause potentially deadly infections, particularly among the elderly and people on long-term antibiotics. Once infected, patients are prone to suffer re-infections; among those who survive, one in six will develop another case within eight weeks. As such, C. diff can be a major problem for hospitals and nursing facilities.

UVA’s new findings help explain why certain patients are at particular risk. The researchers determined that a group of antibiotic-resistant “opportunistic pathogens” found in the gut called enterococci can make C. diff more potent and dangerous.

“The interactions between C. diff, other microbes and the human gut are highly complex. This study leveraged expertise from a large, multidisciplinary team across several institutions to disentangle these complex interactions and discover key mechanisms that help C. diff cause disease,” said researcher Jason Papin, PhD, of UVA’s Department of Biomedical Engineering, a joint programme of the School of Medicine and School of Engineering. “With this greater understanding, we have an opportunity to develop new therapeutic strategies to treat this dangerous infection.”

Enterococci are bacteria that can, on their own, cause dangerous infections that are difficult to treat. For example, they can cause meningitis, urinary tract infections (which can be very serious in the elderly) and the painful gastrointestinal disease diverticulitis, as well as other illnesses. But the researchers found that the threat they pose does not end there.

The research team collected stool samples from patients with C. difficile infections at Vanderbilt University Medical Center, Children’s Hospital of Philadelphia and the Hospital of the University of Pennsylvania. They then used a combination of lab tests and advanced computer modeling to better understand how C. diff interacts with other microorganisms in the gut.

They found that enterococci make for a dangerous ally for C. diff. Enterococci produce amino acids, including leucine and ornithine, which make C. difficile a more potent threat for patients whose gut compositions have been disrupted by antibiotics.

Papin and his team developed powerful computer models that helped the researchers understand and predict the complex changes in the gut. Their work, combined with lab research performed in other labs, showed that enterococci can dramatically reshape the “metabolome” – the collection of metabolites such as amino acids – in the gut. These changes, the researchers report, ultimately re-programme C. difficile and enhance its disease-causing behaviors.

“The computational modeling that Matthew Jenior [UVA postdoctoral fellow in the Papin lab] performed was instrumental in discovering the role of amino acids in the interaction between C. diff and enterococci,” Papin said. “The computational models that Matthew constructed will continue to help us better understand the molecular processes in C. diff that cause disease.”

By better understanding how C. diff interacts with enterococci and other microorganisms in the gut, doctors will be better positioned to battle this common and serious infection, the researchers say.

“Biology is a data-rich science and the power of computational models to use these data is only in its infancy,” Papin said. “ We’re excited about the innumerable opportunities to use data science and computer modeling to drive biological discovery.”

The researchers published their findings in Nature.