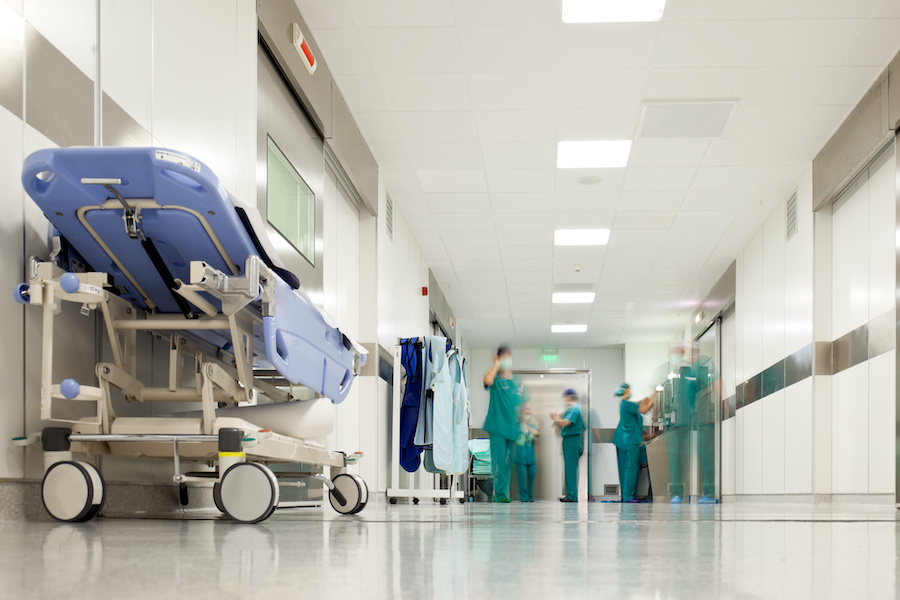 The number of beds taken up by patients fit to be discharged is more than a quarter higher than the start of December last year, new figures show.

More than 13,000 beds were filled nearly every day last week by patients who did not meet the criteria to reside in hospital – on average 13,364 up from 13,179 over the previous seven days – and more than a quarter higher than the most recent comparable data from last year. (10,510).

The latest weekly winter update also shows a 40% jump in the number of patients in hospital with flu compared to the previous week, with an average of 482 flu cases in hospital each day last week, up from 344.

While adult norovirus cases have also increased – up a quarter over the previous week – with 157 beds being taken up each day last week (up from 126).

Overall General & Acute adult bed occupancy rates remain high for this time of year at 95.4% – compared to 93.8% at the beginning of December last year.

Nine in ten paediatric intensive care beds were filled by children last week (89.6%), compared to 82.5% at the beginning of December last year.

Professor Sir Stephen Powis, NHS national medical director, said: “These new figures show the NHS is facing a perfect storm with winter virus cases rapidly increasing alongside ongoing pressures in emergency care, hugely constrained bed capacity, while hospitals continue to contend with more patients coming in than going out, with thousands of patients every day in hospital who are medically fit for discharge.

“We have already said we expect this to be the NHS’s most challenging winter yet, which is why we started preparing earlier than ever before with extensive plans in place to deal with winter boosting bed capacity, including more than 40 control centres to track and manage demand 24/7, which are now live across England.

“The public can also play its part by using NHS services in the usual way – dialling 999 in an emergency and using 111 online for other health conditions – with vaccines remaining an important protection against serious illness, so please come forward if you’re eligible.”

The new data comes the same day the NHS announced more than more than 40 healthcare ‘traffic control centres’ are now live, with each of the 42 integrated care systems in England now having a dedicated 24/7 operation where teams, including senior clinicians, can use data and local insights to make considered decisions in the face of ongoing pressures.

The pioneering centres use data to respond to emerging challenges and can divert ambulances to another nearby hospital with more capacity, or identify hospitals that need extra support.

Control centre staff are now able to monitor a range of data including A&E performance and waiting times, staffing levels, ambulance response times and bed occupancy, and can work with partners across the integrated care system to stay across capacity in social care and primary care demand. The move is part of the NHS’ going further on the winter plan published in October, which also included the rollout of a national falls response team service, new hubs dedicated to serious respiratory infections and additional bed capacity.