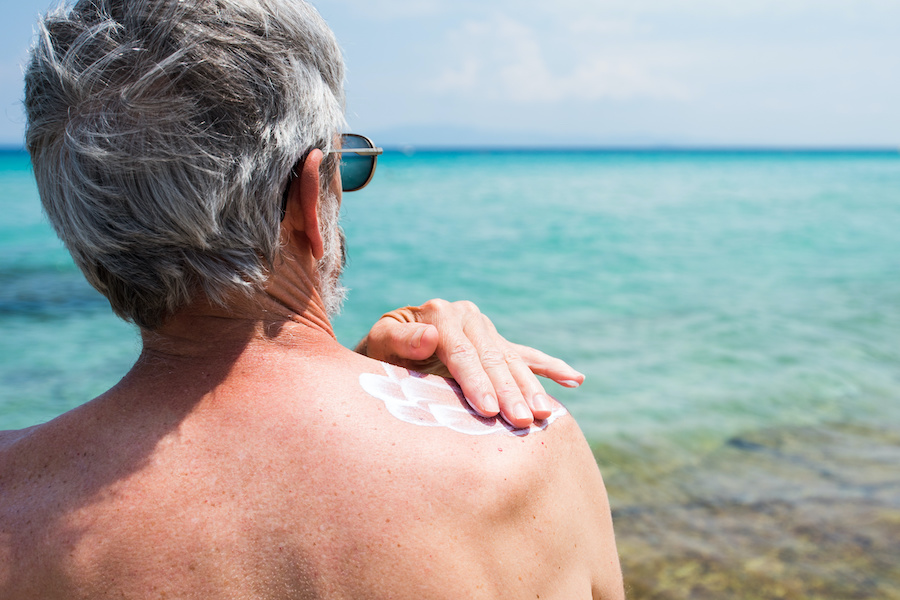 Skin cancer death rates in UK men have more than tripled since the early 1970s, according to new analysis released today by Cancer Research UK.

Researchers have found that, since 1973, death rates from melanoma – the most serious type of skin cancer – have risen by 219% in men, compared to an increase of 76% in women. These figures equate to around 1,400 UK men dying of melanoma skin cancer every year, compared to around 980 women – a total of 6 people a day. Taking into account age differences, this means men are 69% more likely to die from skin cancer than women. While death rates from melanoma have decreased by 9% for women in the last decade, things haven’t yet improved for men.

The link between sun exposure and skin cancer is well proven. The amount of UV exposure over your lifetime is one factor which contributes to your risk of skin cancer. In the UK almost 9 in 10 cases of melanoma skin cancer could be prevented by staying safe in the sun and avoiding sunbed use.

There could be a number of factors at play behind the large increase in rates of skin cancer amongst men since the 1970s. Package holidays have risen dramatically, and the more recent surge in cheap flights to sunny destinations has meant more people are going abroad, sometimes several times a year, where the sun can be stronger – leading to increased levels of sun exposure.

Skin cancers are also more often found on men’s torsos than on other body parts – likely due to going shirtless. This could make it harder to spot changes to the skin, and potentially contribute to the higher proportion of later-stage diagnosis seen in men. The damage to skin cells caused by sunburn builds up over time, so even if you’ve been sunburnt before, protecting against future sunburn makes a difference to your cancer risk.

It’s important to remember that the sun can cause this damage to skin cells even in cloudy weather and that anyone can get a sunburn or develop skin cancer. Although people with naturally dark or brown skin burn less easily and have a lower risk of skin cancer, it’s low risk, not no risk and they should still be thinking about sun safety when the sun is strong.