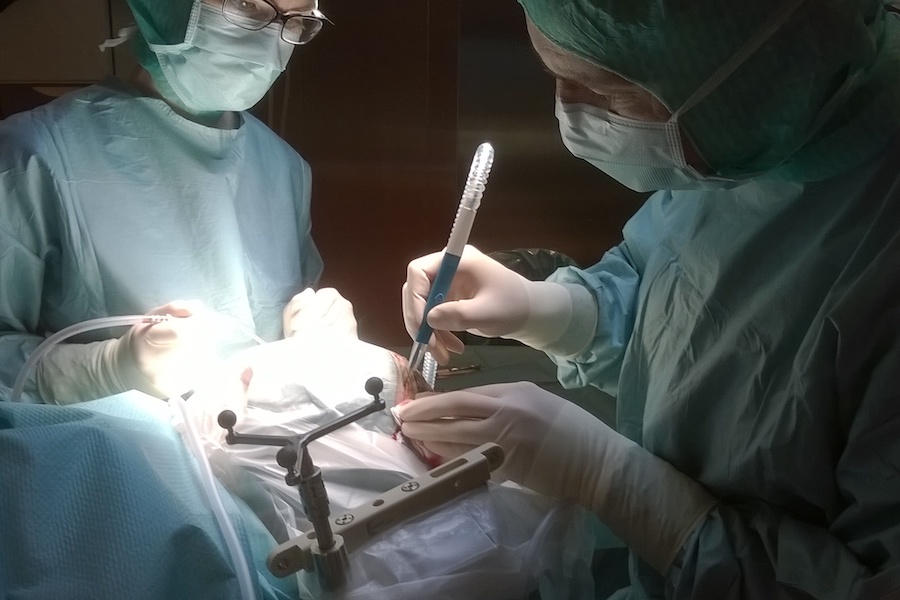 Cardiff-based manufacturer Eakin Surgical is one of the suppliers appointed by NHS Wales Shared Services Partnership to the national framework agreement. The contract award means the company – a distributor for the CIMPAX C-PURE 750 Smoke Evacuation System – can help the NHS across Wales to better protect its staff from the dangers of surgical smoke. Developed by Danish manufacturer CIMPAX ApS, the system is widely recognised as the gold standard in smoke evacuation.

Since the early 1980s surgical smoke has been known to be a significant chemical and biological hazard and has been shown to be as mutagenic as cigarette smoke. Electrosurgery devices which use high-frequency current to cut and coagulate tissue are the most common at producing surgical smoke plumes. One study found that on average the smoke produced daily was equivalent to the amount produced by 27-30 cigarettes.1

Despite this discovery 40 years ago, the adoption of measures to remove smoke plume from the surgical environment have been slow and inconsistent. More recently, research has shown that smoke inhaled by theatre staff during procedures can contain over 40 different hazardous chemicals and can lead to complications from viral infections though to respiratory illness with further links to pregnancy complications and cancers.

While other products may only disperse the smoke plume, the CIMPAX C-PURE 750 has been developed to deal with the problem and keep surgical teams safe from smoke inhalation.

Its 3-port filter offers a variety of flexible options for tubing and accessories to meet clinical needs and sets new precedents for quiet operation. The system can be operated with a Remote Sensor Activator, control panel, or a foot pedal.

Also available on the framework is the CIMPAX C-VAC TORNADO electrosurgical pencil. Offering a combination of electrosurgery and removal of hazardous smoke in one instrument, the device has been developed to minimise risk of smoke exposure to the OR team and patient.

The triangular design combined with the silicone cover offers the surgeon an ergonomic and safe grip, while a special adaptor ensures the device can be fitted to any smoke evacuation system in the market.

With the NHS committed to reducing its carbon footprint, the eco-friendly material of the device also means it has the added benefit of a smaller environmental footprint.

Jon Blastland, Commercial Director, said: “Following a tender for the supply of electrosurgical instrumentation across NHS Wales, we are thrilled to announce that our company has successfully secured a place on the NHS Welsh framework agreement. As the UK distributor for the pioneering CIMPAX Smoke Evacuation System, we are pleased to be able to support the NHS in its goal to better protect its staff from the well-known dangers of surgical smoke. With Eakin Surgical being a Welsh company, we are also particularly delighted to be able to serve the Welsh community and provide revenue into the Welsh economy.”

Eakin Surgical is committed to improving the outcomes of surgery for both patients and theatre staff; and as such, promote the use of ‘best practice’ on tip extraction of surgical smoke for every instance in which it is generated.