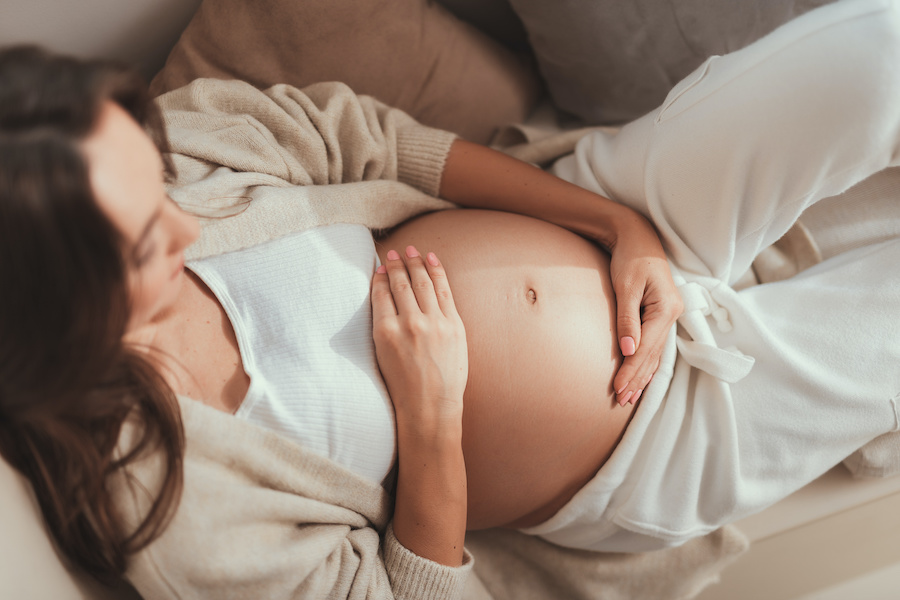 Children born to mothers with polycystic ovary syndrome (PCOS) have an increased risk of developing infections, allergies and other childhood illnesses by the age of 13, according to the largest study to investigate this.

The risk of hospitalisation was increased for problems relating to metabolism (up by 59%), the gut (72%), central nervous system (74%), and ears (34%); it was also increased for respiratory problems, such as pneumonia (32%), and mental and behavioural problems (68%). There was no link with cancer, and there was little difference between boys and girls in the association of PCOS with hospitalisation.

PCOS is a common disorder of the ovaries that can affect up to 10% of women of reproductive age. The main features are irregular periods, high levels of the male hormone androgen, which may cause excess facial or body hair, and the ovaries can become enlarged and contain fluid-filled sacs (follicles) that surround the eggs. PCOS can make it difficult for women to become pregnant, and can cause weight gain, thinning hair and oily skin or acne. Women with PCOS are at risk of obesity, type 2 diabetes and diseases of the heart and blood vessels. Several studies have shown links with problems in pregnancy and birth, such as gestational diabetes, pre-eclampsia and preterm birth. However, the long-term effect of PCOS on offspring is poorly understood and has received little attention.

Dr. Nathalie Auger, associate professor of epidemiology at the School of Public Health, University of Montreal, Canada, who led the study, said: “These findings fill a big gap in what we know about the long-term health of children whose mothers have PCOS. Primary care doctors and obstetricians should consider identifying women with PCOS before conception and offering early interventions such as weight management and strategies to help prevent problems such as diabetes and heart and blood vessel diseases. Family doctors and paediatricians should consider monitoring children more closely after birth to minimise morbidity. Greater parental awareness may help improve outcomes in children.”

As this is an observational study, it is unable to show that PCOS causes health problems in children, only that it is associated with them, and it cannot show what mechanisms may be involved. However, Dr. Auger said: “Women with PCOS may have high levels of androgen and insulin resistance, which have been linked to problems with the placenta, such as inflammation of the membrane surrounding the foetus, damage to tissue and impaired function of the placenta. These create a suboptimal environment in the womb for babies that could lead to impaired immune function and low-grade systemic inflammation.”

She said genetic factors could also play a role, with the environment in the womb causing modifications in how some genes work in offspring.

The researchers adjusted their findings to take account of factors that could affect the results such as mothers’ other health problems, age, parity, alcohol and tobacco use, and socioeconomic deprivation. They found that the associations between maternal PCOS and the health of offspring were not explained by fertility treatments, multiple births, preterm births or the mothers’ other health problems.

Strengths of the study include its size and the fact that it evaluated a wide range of infections, allergies and malignant disease, as well as specific health problems such as respiratory, cardiovascular, metabolic, gastrointestinal, urinary, genital, musculoskeletal, central nervous system, ear, eye and mental and behavioural disorders.

Limitations include the fact that the researchers used data from the Maintenance and Use of Data for the Study of Hospital Clientele repository, which contains discharge records for all inpatients, which meant that they only analysed outcomes for children that were admitted to hospital. They could not identify women with mild PCOS who were never diagnosed or children with less severe illnesses who were not treated in hospital. They also lacked data on ethnicity, education, pre-pregnancy body mass index, weight gain during pregnancy, physical activity, information about the use of medications such as metformin, and the age of fathers.

“We believe that further research is needed to see if effective management of maternal PCOS can reduce the risk of health problems in offspring and improve long-term health. We need to know if exercise, dietary changes and medications can make a difference,” said Dr Auger.

“In future work, we intend to examine outcomes of pregnancy, as well as future outcomes of women with PCOS. These women may be at risk of developing cardiovascular disease or other health problems, and epidemiologic research documenting this possibility is needed to help improve the management of these patients.”