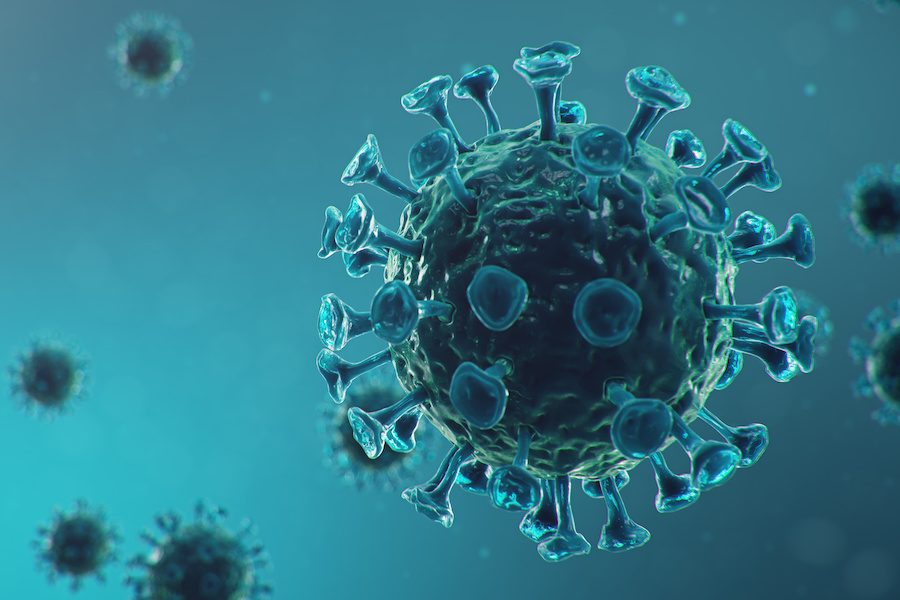 Some public venues may need better ventilation to prevent the spread of COVID-19 following growing evidence of the potential for ‘long distance’ airborne transmission of the disease, suggests research published by The BMJ.

A review of 18 existing studies indicates that airborne transmission of the SARS-CoV-2 virus from an infectious individual to others located more than two metres away can happen in different indoor non-healthcare settings.

However, the researchers stress that the evidence from these studies was deemed to be of very low certainty, and say continued investigation into the potential for long distance airborne transmission of SARS-CoV-2 is needed.

Since the early stages of the COVID-19 pandemic and so-called ‘superspreader’ events, there has been growing evidence suggesting that airborne transmission of the SARS-CoV-2 virus in places with poor ventilation has helped to spread infection.

It is generally accepted that short range transmission (less than two metres distance) can occur through both droplets and aerosols in the air, but there is a lack of agreement about the importance of long distance (more than two metres) airborne transmission in indoor settings such as hospitality venues, leisure facilities, workplaces, or apartment blocks.

A team of researchers from the UK Health Security Agency and the University of Bristol therefore set out to evaluate the potential for long distance airborne transmission of SARS-CoV-2 in indoor community settings and to investigate factors that might influence transmission. They reviewed studies on the subject published between January 2020 and January 2022, focusing on 18 observational studies of COVID outbreaks in countries across Asia, Europe, Oceania and the US.

These outbreaks happened within various community settings including flats in apartment blocks, quarantine hotels, restaurants, buses, a food processing factory, a courtroom, a fitness facility, and during singing events. The review authors concluded that long distance airborne transmission was likely to have occurred for some or all transmission events in 16 out of 18 studies. It was unclear in the other two studies.

In the 16 studies, one or more factors were likely to have increased the odds of long distance airborne transmission, particularly insufficient air replacement, directional air flow, and activities associated with increased emission of aerosols, such as singing or speaking loudly.

In 13 studies, the individuals who were likely to be the source of infection were reported as being asymptomatic, pre-symptomatic, or just starting to have symptoms at the time of transmission.

The review has some limitations, for example it only looked at epidemiological observational studies of real world human-to-human transmission events and did not include wider evidence from environmental or experimental studies.

In addition, most of the outbreaks occurred before vaccine rollouts and it is unclear how these results apply to populations with a high level of immunity to infection, either naturally acquired or vaccine mediated.

Nevertheless, the review critically assessed the likelihood of long distance airborne transmission of SARS-CoV-2 using a range of evidence from epidemiological data, genomic analysis and video surveillance to analysis of seating arrangements and environmental hypothesis testing.

As such, the authors conclude: "This rapid systematic review demonstrates the existing evidence that long distance airborne transmission of SARS-CoV-2 can occur in indoor settings such as restaurants, workplaces, and venues for choirs, and identified factors such as insufficient air replacement that can contribute to transmission. These results support the role of mitigation measures in indoor settings, such as adequate ventilation."

Now is the time for an indoor air revolution, argues Stephanie Dancer, Consultant Microbiologist at Edinburgh Napier University, in a linked editorial. She also points to some study limitations, but says “the evidence presented in this review, tenuous as it is, validates the premise that tiny respiratory particles containing SARS-CoV-2 freely transmit throughout inadequately ventilated environments.

“It is hoped that public health leaders will develop practical guidance and “tilt” people and places closer to safety,” she concludes.