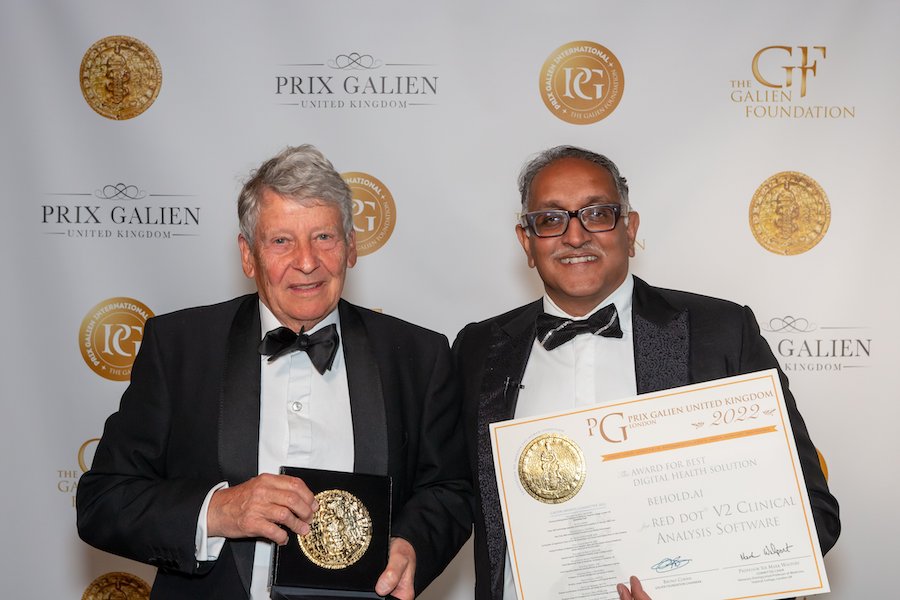 A British AI start-up that is pioneering software for detecting lung cancer from x-rays has won an award considered the 'Nobel Prize of health technology'.

Behold.AI won Best UK Digital Health Solution at the Prix Galien awards ceremony for its red dot clinical analysis software. The artificial intelligence (AI) algorithm can process adult (18+) frontal chest x-rays and flag a suspected nodule or mass to a radiologist within 30 seconds. Patients with chest x-rays that show potential lung cancer can then be prioritised for further examination and a same-day CT. With the technology, the time from initial scan to referral under current standards of care is reduced to 1 hour 40 minutes, supporting Trusts to meet the 28-day cancer diagnosis target.

The software, which was developed in collaboration with NHS consultant radiologists, aims to tackle the current NHS elective care backlog, which is predicted to rise from 6.1 million today to 12 million by March 2025. The red dot algorithm provides two outputs – a subset of abnormal x-rays with a high probability of being lung cancer, and another subset of x-rays with a very high likelihood of being normal. The latter x-rays, called High Confidence Normal (HCN), can be removed from the radiologist’s workload.

By autonomously ruling out normal x-rays, red dot frees up radiology capacity and allows radiologists to spend more time on diagnosing patients with potential lung cancers. Around 15% of scans can be auto-reported as HCN, equivalent to 1.2 million scans a year.

The algorithm is currently in use at several NHS hospital sites as part of an independent validation on patient data. The results are due to be published in a peer-reviewed academic journal.

Simon Rasalingham, CEO and Chairman of Behold.AI, said in his Prix Galien UK award acceptance speech: “When we talk about the next big problem after COVID, it’s going to be the NHS backlog of 12 million patients, nearly a quarter of the adult population of the UK. This award will give us the forward momentum and recognition to implement our technology to tackle this NHS backlog. The peer reviewed evidence we’ve built up shows that if we roll this technology out nationally we can add in the equivalent of 233 NHS consultant radiologists, which is equivalent to 255,000 hours of consultant time per year.”

He added: “Nationally, an estimated 90% of misdiagnosis happens when a patient presents for a chest x-ray. We believe that our technology can pick up 22,000 more cases of lung cancer every year, giving these people a significantly better chance of beating the disease.”