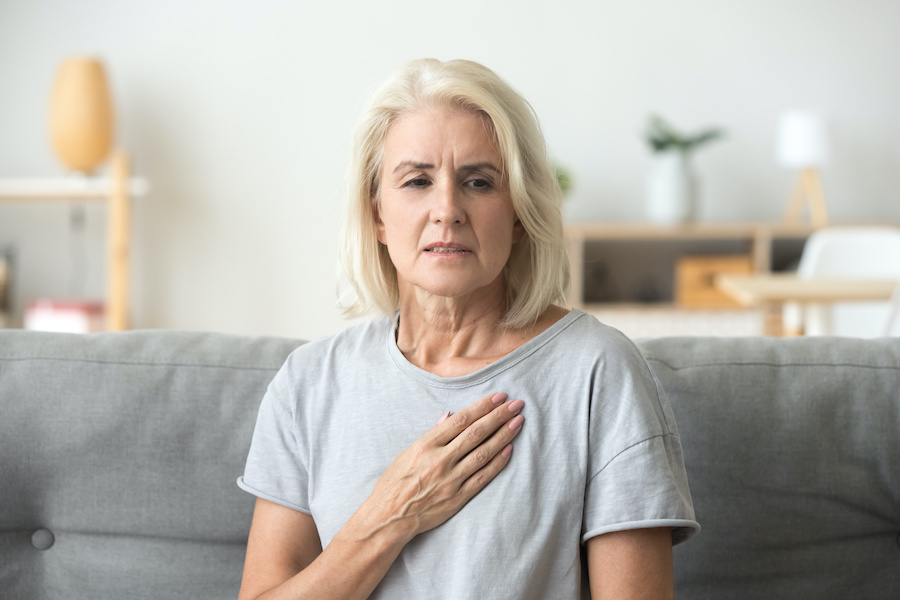 Levels of bad cholesterol rise during menopause, and 10% of this increase is due to shifts in sex hormones, according to the findings of research published in the European Journal of Preventive Cardiology, a journal of the ESC.

Women usually undergo menopause at the age of 48 to 52 years, leading to a decline in oestrogen and increase in follicle-stimulating hormone (FSH). Menopause is thought to predispose women to heart disease since it typically develops 10 years later than in men, and risk rises after menopause. Previous studies have shown that menopause is associated with heart disease-promoting levels of metabolites, but this study is the first to link this shift with changes in female sex hormones. The metabolite shifts were partially ameliorated with hormone replacement therapy (HRT).

“Menopause is unavoidable but it is possible that the negative metabolite shift can be diminished by eating healthily and being physically active,” said study author Dr. Eija K. Laakkonen of the University of Jyväskylä, Finland. “In particular, women should pay attention to the quality of fat in their diet and getting sufficient exercise to maintain cardiorespiratory fitness. HRT is an option that women should discuss with healthcare providers at this point in their lives.”

The analysis included 218 perimenopausal women not using HRT at baseline. Levels of 180 metabolites (lipids, lipoproteins and amino acids) and two hormones (oestradiol and FSH) were obtained from blood samples at baseline and every three to six months until early postmenopause. The menopausal state was assessed using menstrual diaries and blood FSH levels. Early postmenopause was defined as no periods for over six months and elevated FSH levels on at least two consecutive occasions. A total of 35 women (15%) started HRT during the study.1

Dr. Laakkonen explained: “Our study investigated whether the menopausal hormonal change modulates the metabolite profile measured in blood samples taken before and after menopause. Because the menopausal transition, i.e. the time with variable hormone levels and irregular menses, varies tremendously from person to person, the time points for assessment were individualised.”

The researchers carried out detailed statistical analyses to determine what changes occur in metabolite levels during the menopausal transition and whether these changes related to the shift in sex hormone levels. They also tested whether the metabolite trajectory varied between HRT users and non-users.

The average age at baseline was 51.7 years and the median follow up was 14 months. Menopause was associated with a statistically significant change in levels of 85 metabolites. An exploratory analysis showed that the menopausal hormonal shift directly explained the change in 64 of the 85 metabolites, with effect sizes ranging from 2.1% to 11.2%. These included low-density lipoprotein (LDL) cholesterol, triglycerides, fatty acids. and amino acids. The analyses were adjusted for age at baseline, duration of follow up, education level, smoking status, alcohol use, physical activity, and diet quality. A second exploratory analysis revealed that HRT was associated with increases in high-density lipoprotein (“good”) cholesterol and reductions in LDL (“bad”) cholesterol.

Dr. Laakkonen said: “This study links hormonal changes during menopause to metabolic alterations that promote heart disease. Previous studies did not confirm menopausal status with hormone measurements, meaning that they could not differentiate menopausal effects from ageing. Our results should be interpreted with caution, since the links with sex hormones and HRT were found in exploratory analyses and need confirmation.”

She added: “Regarding HRT, very strong conclusions cannot be drawn solely based on our observational study since the number of women starting therapy was small and the type of drug was not controlled. Nevertheless, our findings indicate that initiating HRT early into menopause, i.e. during the menopausal transition, offers the greatest cardioprotective effect. Women considering HRT should discuss it with their healthcare professional since there are numerous choices and some potential contraindications such as cancer or stroke history that need to be considered.”