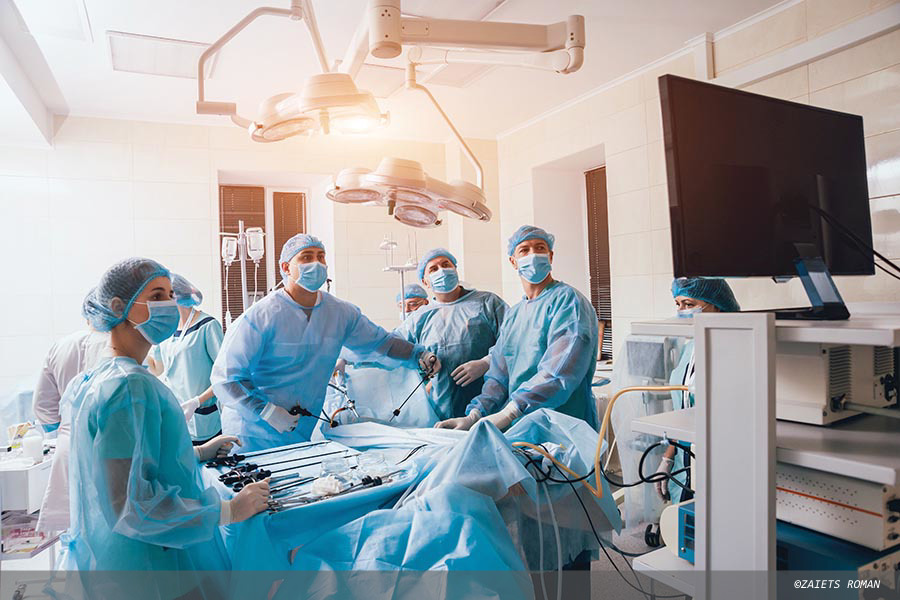 It has been suggested that it may take the NHS up to a decade to clear treatment backlogs with concerted action. But what exactly are the strategies being put in place? Kate Woodhead discusses the role of innovation and new technology in tackling the backlog, including the implementation of ‘surgical hubs’.

One of the consequences of the pandemic is the huge rise in the waiting list for care and the potential for meeting unmet need. The latter being people who have yet to present to healthcare with symptoms, said to be as high as seven million, who may turn out to have cancer or signs of serious underlying disease which must be treated urgently. Waiting lists are dynamic and, at the last count in January 2022, the number of NHS patients waiting for tests, surgery and routine treatment in England was at a record high of nearly six million and could rise to 13 million over the next few years. It has been estimated1 that it may take the NHS up to a decade to clear treatment backlogs with concerted action.

The backlog in acute care is essentially care that the NHS would have delivered but was unable to do so, due to the pandemic requirement for capacity and infection prevention measures.

The Health and Social Care Committee in Parliament published a plan for clearing the backlog, in early December last year.3 They have produced a series of recommendations which it is hoped will be addressed by the Department for Health and Social Care, including the formulation of detailed recovery plans, aside from a backlog plan. They emphasise that the plans must be prioritised and collaboratively worked on by primary care, community services the new Integrated Care Boards and mental health services. They highlight that the prioritisation must not just incorporate numerical targets but must also not compromise quality or patient safety.