COVID infections up by 50% since May 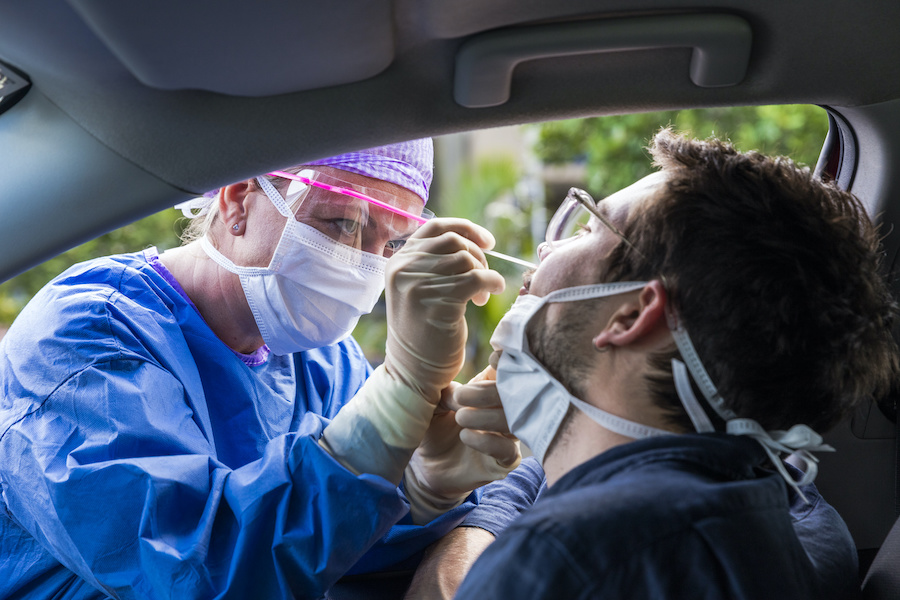 Findings from Imperial College London and Ipsos MORI show infections have increased by 50% since the last REACT-1 study in May, with 1 in 670 people infected.

Almost 109,000 volunteers were tested with PCR tests in England between 20 May and 7 June to examine the levels of COVID-19 in the general population. The latest data shows infections in England have increased by 50% since the last REACT-1 report period, between 15 April and 3 May. The main findings from the 12th round of the REACT study show:

Health and Social Care Secretary Matt Hancock said: "These findings highlight the stark context in which we took the difficult decision to delay step 4 of the roadmap out of lockdown. Cases are now rising, but thanks to our incredible vaccination programme and enhanced response package including surge testing, we have the tools to curb the spread of this virus.

"We all must hold our nerve that little bit longer as our vaccine rollout continues and I urge everyone to keep observing hands, face, space and fresh air, and make sure you receive both doses of the vaccine for the best possible protection."

On Monday, the Government confirmed a delay to unlocking step four of the roadmap which means all current legal limits on social interactions and restrictions on large events, performances and life events (with the exception of weddings) will stay in place until 19 July, although if the data rapidly improves this could be brought forward to 5 July, giving the population more time to be protected from COVID-19 through vaccination.

Professor Paul Elliott, director of the REACT programme from Imperial’s School of Public Health, said: "We found strong evidence for exponential growth in infection from late May to early June in the REACT-1 study, with a doubling time of 11 days on average for England. These data coincide with the Delta variant becoming dominant and show the importance of continuing to monitor infection rates and variants of concern in the community."

Kelly Beaver, managing director, Public Affairs at Ipsos MORI, said: "The rise in cases picked up by the REACT-1 study is concerning and is being fed into government decision making in real time. While the rise is small, the increase of the R number to over one highlights that number’s potential to increase rapidly, an important reminder to get vaccinated when you can. I’d like to thank the almost two million members of the public who’ve taken part in the REACT-1 study since it began a year ago for helping provide this crucial piece of evidence to Government."

This report is the latest from the REACT-1 study which was commissioned by the Department of Health and Social Care and carried out by a world-class team of scientists, clinicians and researchers at Imperial College London, Imperial College Healthcare NHS Trust and Ipsos MORI.

Robust population surveillance studies like this are essential to understanding the rate of COVID-19 infection, how the virus is spreading across the country and the impact of measures taken to contain the virus in order to inform current and future actions.