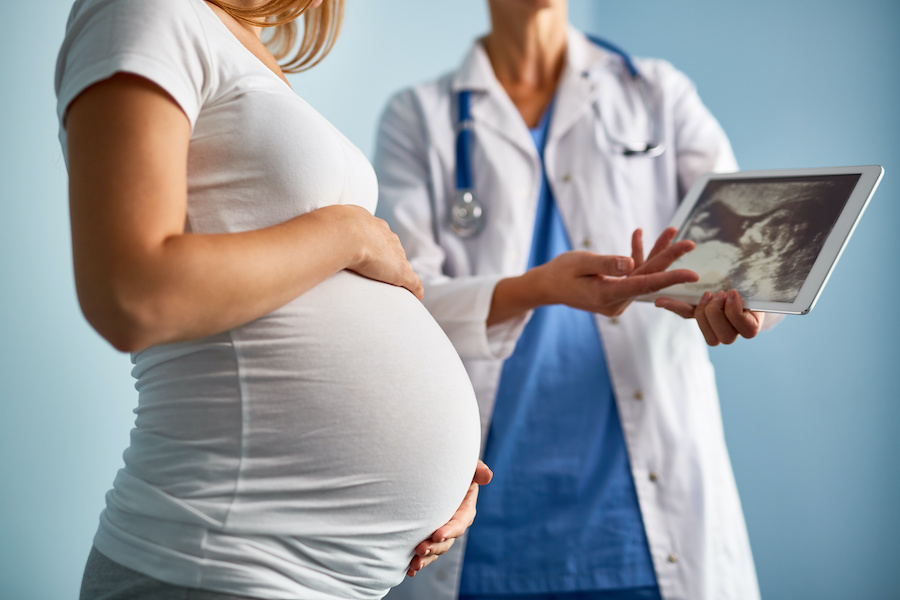 Hypertension during pregnancy is associated with an increased risk of stroke in offspring, according to research presented at ESC Heart & Stroke 2021, an online scientific conference of the European Society of Cardiology (ESC).

The study, which involved 5.8 million children, found a higher incidence of stroke four decades later in those whose mother had high blood pressure or pre-eclampsia while pregnant.1

“Our findings indicate that hypertensive disorders during pregnancy are associated with increased risks of stroke and potentially heart disease in offspring up to the age of 41 years,” said study author Dr. Fen Yang, PhD student, Karolinska Institutet, Stockholm, Sweden. “Studies with longer follow-up are needed to confirm the results and improve understanding of the possible underlying mechanisms.”

Previous research has suggested that children exposed to maternal hypertensive disorders during gestation have increased risks of preterm birth, foetal growth restriction and cardiovascular risk factors including high blood pressure, obesity, and diabetes later in life. But evidence for a direct link with severe cardiovascular disease is limited. This study explored this link focusing on ischaemic heart disease and stroke.

This population-based cohort study linked national registers from two countries. Live singleton births in Sweden (1973 to 2014) and Finland (1987 to 2014) were followed for ischaemic heart disease and stroke until 2014. Hypertensive pregnancy disorders were identified including high blood pressure (starting before or during pregnancy), and preeclampsia (high blood pressure and organ damage).

The researchers estimated the hazards of ischaemic heart disease and stroke related to high blood pressure conditions during pregnancy. The analyses were adjusted for factors that could influence the relationships such as the child's year of birth, sex, and congenital anomalies and the mother’s age, parity, marital status, education level, body mass index, smoking during early pregnancy, and family history of cardiovascular disease.

The analyses were repeated after excluding children with a preterm birth or foetal growth restriction, which have both been associated with an increased risk of cardiovascular disease.

Sibling analyses were performed to control for the potential effect of unmeasured genetic and environmental familial factors. These analyses included sibling pairs discordant for both the exposure (hypertensive pregnancy disorders) and the outcome (ischaemic heart disease/stroke).

Dr. Yang explained: “The sibling analyses suggest that shared genetic or environmental factors were the main contributors to the association between hypertensive pregnancy disorders and the risk of ischaemic heart disease. However, the increased risk of stroke persisted, indicating the possibility of direct intrauterine effects.”

She concluded: “This was one of very few studies in this area and more research is needed. It was an observational study, and we cannot make any conclusions about causality. If our findings are supported by further studies, steps could be taken to prevent cardiovascular disease in offspring exposed to hypertensive pregnancy disorders – for example by focussing on maternal health and screening children for risk factors like high blood pressure early in life.”