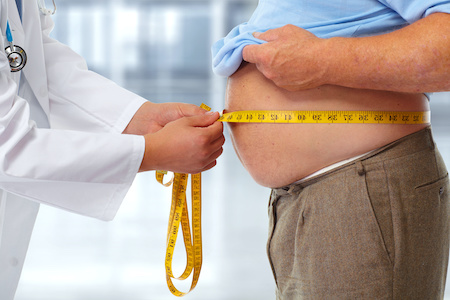 A new report from the World Obesity Federation warns that increased bodyweight is the second greatest predictor of hospitalisation and a high risk of death for people suffering from COVID-19. Only old age rates as a higher risk factor.

The International Monetary Fund has calculated that COVID-19 will cause a total of at least $10 trillion losses in global output over the period 2020-2021, and accumulating to $22 trillion over the period 2020-2025. Based on the UK experience, where an estimated 36% of COVID-19 hospitalisations have been attributed to lack of physical activity and excess body weight (Hamer, Kivimati et al 2020), it can be suggested that up to a third of the costs – between $6 trillion and $7 trillion over the longer period – might be attributable to these predisposing risks.

In response to the World Obesity Federation's report, Professor Rachel Batterham, the Royal College of Physicians' lead adviser on obesity, said: “The link between high levels of obesity and deaths from COVID-19 in the UK is indisputable, as is the urgent need to address the factors that lead so many people to be living with obesity.

“With 30% of COVID-19 hospitalisations in the UK directly attributed to overweight and obesity, and three quarters of all critically ill patients having overweight or obesity, the human and financial costs are high.

“Obesity is characterised by excess body fat, of course, but what drives this weight gain is far more complicated than one might think. Genetic make-up, biological and social factors all play a part, as do health inequalities. We know, for example, that obesity is twice as prevalent among adults living in the most deprived parts of the country as those in the least deprived areas.

“If the government is serious about tackling the obesity crisis, it first needs to implement a cross-government strategy to address health inequalities, including providing access to weight management services for those who are struggling to manage their weight.”