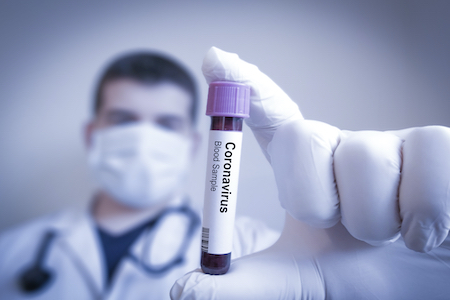 Minister for equalities, Kemi Badenoch MP, has published the second quarterly report to the Prime Minister and Health Secretary on progress to understand and tackle COVID-19 disparities experienced by individuals from an ethnic minority background.

Comparing first and early second wave data, the report finds that disparities have improved for some ethnic groups including Black Africans, Black Caribbean, Chinese and Indians but have worsened for Pakistanis and Bangladeshis.

Following a recommendation by the Minister for Equalities in her first COVID-19 disparities report, the Department of Health updated the list of people shielding, using a new predictive risk model which combines factors including underlying conditions, age, sex, ethnicity, body mass index and the postcode where people live and its link with deprivation.

As more at-risk groups are identified, the Government’s vaccine rollout has continued, with over 18 million receiving their first dose. Research highlighted in the report shows that though people are positive about the vaccine, some ethnic minority people held negative feelings, influenced by media narratives and other misinformation, and stated that they were hesitant to take the jab. According to the ONS, from early December 2020 to early January 2021, less than half (49%) of Black or Black British adults reported that they were likely to have the vaccine. The latest OpenSAFELY data reports that approximately 60% of black people over 70 have been vaccinated compared to 75% for South Asians and 90% of white people.

While the evidence and data collected gives a better understanding of the leading risk factors, the Minister has called for everyone to get vaccinated and, in the report, sets out how the Government is taking action, including:

A review of steps taken in towns and cities across the countries to share vaccine and public health information will also shortly be shared, to share good practice by local authorities. Highlights from this include:

Dr. Jenny Harries OBE, Deputy Chief Medical Officer, said: “This report is another important step in shaping our understanding of the disproportionate impact COVID-19 has on certain communities, and the drivers behind this. It is vital that we recognise the breadth of diversity within the UK and the multitude of different risk variables. Different groups have experienced different outcomes during both waves of the virus for a variety of reasons.

“As we leave lockdown we must ensure that we continue with a supportive, sensitive, evidenced and data-driven approach, working in partnership with communities.”

“The differences in COVID-19 deaths between ethnic groups in the early second wave compared with the first highlight the changing trajectories of ethnic disparities, suggesting different factors are at play and it is unhelpful to consider ethnic groups in a single category of ‘BAME’. The lower COVID-19 death rates in the early second wave in some groups shows that ethnic inequalities are not fixed but are mainly driven by risk of infection and amenable to change. The persistent COVID-19 impact in South Asians, particularly Pakistanis and Bangladeshis, is alarming and needs targeted research and bold public health and policy action. This important work has begun, but there is much more to do, and the report sets out a roadmap.”

Dr. Vanessa Apea, Consultant Physician at the Barts Health NHS Trust and Honorary Senior Lecturer, Queen Mary University of London, said: “It is promising to see the progress made in response to the first report’s recommendations, but the work does not end there. The positive impact of community based organisations is made clear in this report. It is crucial that they continue to be engaged and resourced to support all communities.

“Capturing the lived experience of affected communities to inform change is imperative, so I am pleased to see ethnographic research in this report. Our own ongoing community based research in East London is providing insights into local need, with a focus on co-creating solutions to move towards achieving health equity. This approach helps address the structural factors that have exacerbated the pandemic’s impact on some ethnic minorities and should inform the government’s strategy on health.”