Record numbers of HCWs speak up about safety concerns 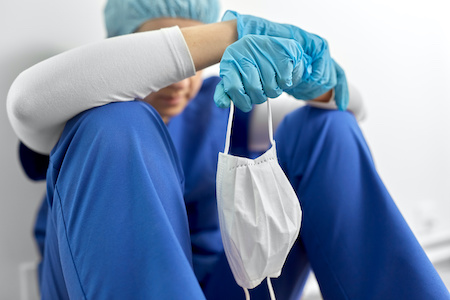 The Freedom to Speak Up Guardians report record numbers of cases from NHS workers last year.

The National Guardian’s Office (NGO), which leads, trains and supports a network of Freedom to Speak Up (FTSU) Guardians in England, has published its latest data report, revealing that last year FTSU Guardians received 16,199 speaking up cases.

There are nearly 600 FTSU Guardians that support workers to speak up about any issues impacting on their ability to do their job. The number of cases brought to them last year represent a 32 per cent increase on the previous year (12,244 cases) and more than double the number of cases handled two years ago (7,087) when the NGO started collecting data.

Dr. Henrietta Hughes OBE, National Guardian for the NHS, said, “Speaking up is about anything that gets in the way of providing good care. So, what these figures tell us is that more and more workers are using the FTSU Guardian route to raise matters that our health services can act upon to improve the experience of patients and workers.

The report also provides details about the different types of organisations, the correlation with CQC ratings, the professional background of workers speaking up, and the rates of cases reported anonymously and those workers that perceived detriment as a result of speaking up.

While detriment has dropped by two percentage points from the last couple of years (down from five per cent in both previous years, to three per cent last year), anonymity rose by a percentage point last year, up to 13 per cent after having dropped from 18 per cent to 12 per cent between years one and two.

When the National Guardian’s Office was established in 2016 its remit extended to NHS trusts and Foundation Trusts. However, now nearly 30 per cent of FTSU Guardians are in other healthcare organisations such as primary care providers, the independent sector and national bodies. For the first time the report includes data returns from those organisations too.

“The opportunity is for leaders to use the information in our report in order to learn and improve,” explained Dr Hughes. “I want this report to resonate with Chairs and CEOs, Senior Partners, Accountable Officers, and everyone in a leadership role to foster a speaking up culture and improve their organisation.

“Why do some workers speak up anonymously? Why are workers fearing or actually suffering detriment? What are we doing to address bullying and harassment? These are questions that leaders need to ask so workers are not fearful about speaking up. This will bring about real improvements and help to make speaking up business as usual.”