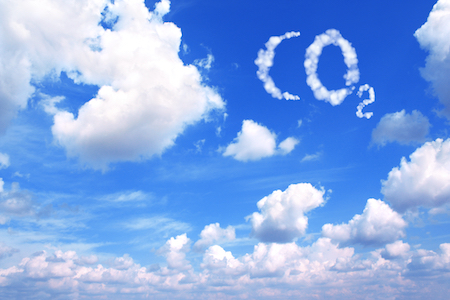 The commitment comes amid growing evidence of the health impacts of climate change and air pollution, and aims to save thousands of lives and hospitalisations across the country.

Air pollution is linked to killer conditions like heart disease, stroke and lung cancer, and academics have linked high pollution days with hundreds of extra out-of-hospital cardiac arrests and hospital admissions for stroke and asthma.

The changing climate is leading to more frequent heatwaves and extreme weather events such as flooding, including the potential spread of infectious diseases to the UK. Almost 900 people were killed by last summer’s heatwaves while nearly 18 million patients go to a GP practice in an area that exceeds the World Health Organization’s air pollution limit.

Scientists believe that a third of new asthma cases might be avoided by cutting emissions, while Lyme Disease and encephalitis are among conditions expected to become more common as temperatures rise.

NHS chief executive Sir Simon Stevens said: “2020 has been dominated by COVID-19 and is the most pressing health emergency facing us. But undoubtedly climate change poses the most profound long-term threat to the health of the nation.

“It is not enough for the NHS to treat the problems caused by air pollution and climate change – from asthma to heart attacks and strokes – we need to play our part in tackling them at source.

“The NHS has already made significant progress decarbonising our care, but as the largest employer in Britain, responsible for around 4% of the nation’s carbon emissions, if this country is to succeed in its overarching climate goals the NHS has to be a major part of the solution.”

Dr. Tedros Adhanom Ghebreyesus, Director General of the World Health Organization (WHO), said: “Cutting carbon emissions is essential to protect health, everywhere in the world. I welcome the leadership of the largest single health system in the world, the National Health Service in England, in committing to be carbon neutral in its own operations by 2040, and to drive emissions reductions in its suppliers and partners. Health is leading the way to a greener, safer planet.”

NHS England convened the NHS Net Zero Expert Panel in January following the launch of the Climate Assembly UK, to take and analyse evidence on how the health service can contribute to nationwide carbon reduction efforts.

Led by Dr. Nick Watts, executive director of The Lancet Countdown on Health and Climate Change, the Panel comprised public health and climate experts as well as patient and staff representatives.

Their report, endorsed by the NHS board, sets out how the health service has already cut its own carbon footprint by 62% compared to the international-standard 1990 baseline, and by 26% when indirect factors are included.

Based on the findings of the report the NHS has formally adopted two targets, set as the earliest possible credible dates for the NHS to achieve net zero emissions:

Dr. Watts and his team will engage widely to support delivery, with interventions including:

All local NHS organisations will name a senior lead to achieve these improvements.