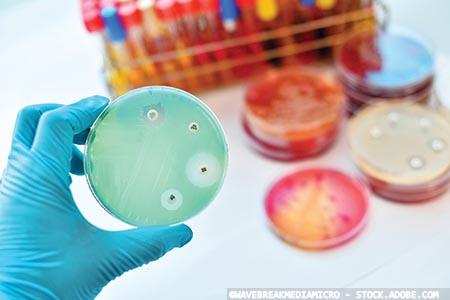 A Westminster Health Forum policy conference recently highlighted the economic impact of antimicrobial resistance. High on the agenda was the question: how can we incentivise the development of new antimicrobials? Louise Frampton reports.

Without effective antibiotics, over three million surgical operations and cancer treatments a year could become life threatening. In addition, experts predict that, in just over 30 years, antibiotic resistance will kill more people worldwide than cancer and diabetes combined.1 Despite the global threat, the market has failed to incentivise the development of new antimicrobials. In the 1980s, there were 18 multinational companies committed to antibiotic research; today there are only a handful. It has been 30 years since a new class of antibiotics was last introduced, while only 3 of the 41 antibiotics in development have the potential to act against the majority of the most resistant bacteria.

Large pharmaceutical companies are continuing to abandon antibiotic research and yet resistant infections currently claim an estimated 25,000 lives across Europe, each year, caused by five resistant pathogens, including:

According to Government figures, this adds over £1 billion to hospital treatment and societal costs.2