Group B Strep – what are we missing? 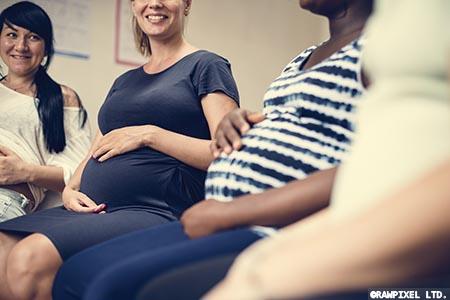 Group B Strep is the most common cause of severe infection in newborn babies in the UK. Despite a risk-based prevention strategy being in place since 2003, to tackle early-onset infection, rates have significantly increased. Jane Plumb and Kate F Walker discuss the current UK approach and what needs to change.

Data published by Public Health England in November 2019 reported that the rate of group B Strep (GBS) infections in babies during their first week of life in 2018 in England, Wales, and Northern Ireland has risen again.1 Updated guidance published in 2017 by the Royal College of Obstetricians & Gynaecolologists (RCOG) on preventing early-onset GBS infection2 should have led to a reduction in these infections in newborn babies, yet the rates have increased. So, what are we missing?

Group B Streptococcus (GBS or group B Strep), or Streptococcus agalactiae, is a ß-haemolytic gram-positive coccus. It is the most common cause of severe infection in newborn babies in the UK3 causing sepsis and pneumonia and, in about 10%, meningitis.4 Approximately one in three survivors of GBS meningitis have some neurodevelopmental impairment, and one in five survivors have moderate to severe neurodevelopmental impairment.5